Mankind poured out its collective heart and soul like never before in history, from the day the world’s premier statesman completed his Long Walk to Freedom on Dec. 5, till he joined his ancestors in his final rustic resting place in Qunu in the Eastern Cape on Dec. 15, 2013. 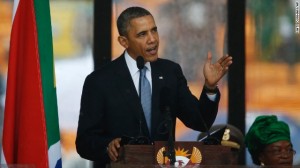 Presidents, prime ministers, religious leaders, civil rights activists, celebrities, family members and common-folk around the globe spoke glowingly to Mandela’s 95 years of service to humanity.
“Our nation has lost its greatest son. Our people have lost a father. What made Mandela great was precisely what made him human. We see in him what we seek in ourselves,” South African President Jacob Zuma postulated to the world.

And UN Secretary General Ban Ki-Moon, speaking on behalf of the family of nations, concurred. “The people of South Africa and the entire world has lost a hero. His legacy is profound, immortal, and will continue to guide the work of the United Nations.” 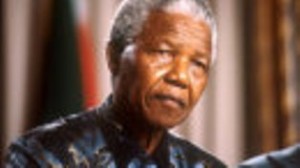 The most glowing tribute, however, came from Martin Luther King Jr. reincarnate – US president Barack Obama – who had written in the foreword to Mandela’s 2010 memoir Conversations with Myself, that in “the most modest ways I was one of the people who tried to answer his call.” In eulogizing Mandela, Obama said, “It is hard to eulogise any man…how much harder to do so for a giant of history, who moved a nation towards justice.” He said that through his choices, Mandela made it clear that we didn’t have to accept the world as it is – that we could do our part to seek the world as it should be. He then charged us all: “With honesty, regardless of our station or circumstance, we must ask – How well have I applied his lessons in my life.”

In the 10 official days of mourning and thereafter, I delved deeper into the Mandela teachings which mobilized a movement and made him an icon to millions over his long and storied life.

Love and Compassion
The man who had the greatest reason to hate, and yet proved himself the world’s greatest reconciliator, brought us potent messages of love and compassion.

“No one is born hating another person because of the color of his skin, or his background, or his religion. People must learn to hate, and if they can learn to hate they can be taught to love, for love comes more naturally to the human heart than its opposite.”

He, who our own Prime Minister the Rt. Hon. Dr. Denzil Douglas asserted in his tribute had given leaders everywhere a “governance model worthy of emulation”, had this advice for the leaders of the world.

“Hating”, Mandela said, “clouds the mind. It gets in the way of strategy. Leaders cannot afford to hate.”

And of compassion, it was Mandela’s considered view, that, “Our human compassion binds us one to the other, not in pity or patronizingly, but as human beings who have learnt how to turn our common suffering into hope for the future.”

Spirituality & Service
Of the virtues that bind the human spirit, Mandela offered, that: “Honesty, sincerity, simplicity, humility, pure generosity, absence of vanity, readiness to serve others – qualities that are within easy reach of every soul – are the foundations of one’s spiritual life.” And of virtues of service to mankind, deeply reminiscent of Martin Luther King’s “I have a dream” speech: “The ideals we cherish, our fondest dreams and fervent hopes may not be realized in our lifetime. But that is besides the point. The knowledge that in your day you did your duty, and lived up to the expectations of your fellowmen is in itself a rewarding experience and magnificent achievement.”

“What counts in life”, he said, “is not the mere fact that we have lived. It is what difference we have made to the lives of others that will determine the significance of the life we lead.”

Struggle
On struggle, a realm in which Mandela was undoubtedly the world’s lead protagonist, in a dissertation which is part Martin Luther King’s Mountaintop speech (his last), and part Psalm 23: 4, the man who spent 27 years behind bars, urged perseverance and courage: “There is no easy walk to freedom anywhere, and many of us will have to pass through the valley and the shadow of death again and again before we reach the mountain tops of our desires.”

But, “Out of the experience of an extraordinary human disaster that lasted too long, must be borne a society of which all humanity will be proud.”

Selflessness, Commitment, Teamwork and Human Failings
On the day of release from prison, Mandela addressed the South African people, thus: “Friends, comrades and fellow South Africans. I greet you all in the name of peace, democracy and freedom for all. I stand here before you not as a prophet but as a humble servant of you, the people. Your tireless and heroic sacrifices have made it possible for me to be here today. I therefore place the remaining years of my life in your hands.”

“Prison is itself a tremendous education in the need for patience and perseverance. It is above all, a test of one’s commitment,” Mandela said in his 1995 autobiography.

And the man who gave his all for a better South Africa and a better world, said in his last public appearance – the closing ceremony of the 2010 FIFA World Cup at Johannesburg Soccer City – “I would like to be remembered not as anyone unique or special, but as part of a great team in this country that has struggled for many years, for decades and even centuries. The great glory of living lies not in ever failing, but in rising every time you fall.”

After all, “I am not a saint unless you think of a saint as a sinner who keeps on trying.”

The symbolic, signature line of the world’s greatest liberator who made awesome sacrifices for all humanity.

Think of Madiba
And what of us, he’s left behind – the children whom he liberated. Have we…will we…apply the lessons of his life?

The first black president of America and eulogist, told the world in reference to the first black president of South Africa: ”After the great liberator is laid to rest; when we have returned to our cities and villages, and rejoined our daily routines, let us search then for his strength – for the largeness of spirit – somewhere in ourselves. And when the night is dark, when injustice weighs heavy on our hearts, our best laid plans seem beyond reach – think of Madiba, and the words that brought him comfort within the four walls of a cell.”

It matters not how strait the gate
How charged with punishments the scroll
I am the master of my fate
I am the captain of my soul (from the poem Invictus)
Master of Ceremonies at the Memorial Service, ANC deputy president and Mandela’s close friend Cyril Ramaphosa announced to the world “Mandela’s long walk is over…and he can finally rest.”

Well done, thou good and faithful servant.
Anti-apartheid activist, spiritual advisor and the man with whom Mandela spent his first night of freedom (Feb. 11, 1990) Archbishop Desmond Tutu, took the liberty to speak for all mankind.

“We promise God that we are going to follow the example of Nelson Mandela.”

Don’t allow the good that he has done to be interred with his bones.

That should be our New Year’s Resolution.