There were six (6) new cases set to be heard and one (1) traversed matter. 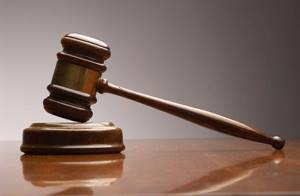 The High Court began with the pleas by the all of the accused persons with matters before the court.

Jeffers pleaded guilty to breaking into the dwelling home of Wendy Elliot of Colquhouns Estate and stole cash and items valued to the total amount of $11, 856.13 E.C.

The Director of Public Prosecution of St. Kitts-Nevis, Travers Sinanon indicated to the court that the Prosecution was ready to proceed with the case against a young man who was charged with rape. However, the court was advised by a representative of Attorney Chesley Hamilton that he (Hamilton) had an emergency and as a result the Attorney asked for a short adjournment.

Sinanon rebutted and indicated that there are persons who work for Hamilton who should be able to step up to the plate if he is unavailable. Sinanon stated that the Assizes is already one week late, and stated that the office of the DPP was ready to begin the case.

Her Ladyship stated that everyone was aware that the Assizes was to begin on November 10, 2014. She too indicated that she was ready for the matter to be heard.

“I’m not usually so generous but in all fairness to the accused, and to the Attorney I will adjourn the matter”, Her Ladyship indicated.

She told the court that she would proceed with the matter on November 17, 2014 whether Hamilton was present or not. “Go say some prayers for Hamilton. If he is not here the matter will carry on”, she concluded.