PM Douglas pleased with Boundaries Commission Case ruling, says Party will win with or without changes 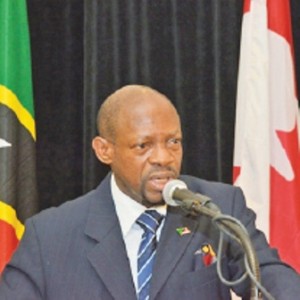 Prime Minister Douglas made the statement following a High Court ruling in the St. Kitts and Nevis Boundaries case that struck down the report.

“There again, the Court found that there was nothing wrong with the census data that was used by the Boundaries Commission. And that, too, is a good thing as it demonstrates the seriousness with which the Commission took its responsibilities to identify and use data that was reliable, data that could withstand the most rigorous scrutiny. Indeed, my own performance, as the Minister of jurisdiction, was found to be beyond reproach,” said the St. Kitts and Nevis leader.

Dr. Douglas reiterated that the widely varying electoral constituencies in St. Kitts and Nevis absolutely must be corrected.

He said that the Electoral Commission made a special effort to consult and this the Court has noted.

“The Court felt however, that the Commission should have consulted further. This is an adjustment that will therefore be made,” said the four-term Prime Minister, who added that with or without boundary changes, the St. Kitts-Nevis Labour Party will win the upcoming elections.

He said his 19-year-old Government is simply attempting to respect the dictates of the Constitution.

“Because whether on the new boundaries or the old, the St. Kitts-Nevis Labour Party, with the people of St. Kitts and Nevis, will once again be victorious when elections are called,” said Prime Minister Douglas.