Chairman of the Artistes Selection Committee Jonel Powell announced the first wave of artistes for the 2018 Music Festival in a media event held at the Ocean Terrace Inn, on Thursday, 21st December.

It was not a disappointing event. It was attended by local media, aired live on Freedom FM, ZIZ Radio and WINN FM and streamed live on MyVueNews.com Facebook page. 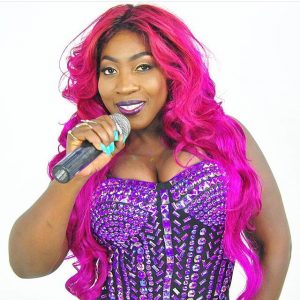 The media were addressed by Damion Hobson, the new chairman of the St. Kitts Music Festival Committee, Minister of Tourism Lindsay Grant and the Artistes Selection Committee Chairman Jonel Powell.

Powell prefaced his announcement by a simple but important message, and that is, the Music Festival Committee strives to provide the greatest value in performers within the limited resources the country has. He was right on target.

Powell’s first announcement was Spice. She is one of the hottest Caribbean dancehall performers gracing the stage in this era. But she might not be for everyone, although the young festival fans will love her. With eye popping lyrics and head turning dance moves, she is definitely on the edge.

Then there was a video presentation of Ms. Lauryn Hill, an American singer, songwriter, rapper, record producer and actress. Perhaps, she is best noted for The Miseducation of Lauryn Hill.

And as classic as performers might get, the name of Patti LaBelle was also announced.

She is noted for her sweet, soulful melodies, expressive tones and mind capturing emotions in her songs – like On My Own. She is a versatile artiste with hits in gospel, R&B, jazz, funk and soul. She is an excellent choice for the more mature fans of the Music Festival.

In this announcement, there is something for the young and more sophisticated audience.

Interestingly, the first announcement for the 2018 Music Festival was about three talented women in the music industry. Performers at the top of their game.

According to Powell, “We have given you a teaser.”

Now, he is inviting the public to participate in the artiste selection process, by using social media to say who should perform at the 2018 Music Festival.

On Friday, 22nd December, Powell and Hobson will be making the rounds on local radio stations, and the public can also use that opportunity to offer their artistes for consideration by the Committee.

Trevor Noah to step down as host of The Daily Show