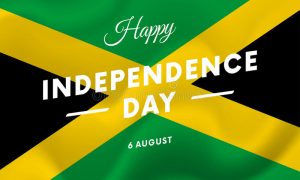 BASSETERRE, St. Kitts, August 06, 2019 (Press Unit in the Office of the Prime Minister) – Prime Minister of St. Kitts and Nevis, Dr. the Honourable Timothy Harris, has extended heartiest congratulations on his behalf and that of the people and Government of St. Kitts and Nevis to the Government and people of Jamaica as that country observes its 57th anniversary of Independence.

Jamaica gained independence from the United Kingdom on August 6, 1962.

In a congratulatory letter to his CARICOM Colleague, the Prime Minister of Jamaica, the Honourable Andrew Holness, Prime Minister Harris said, “The Government and people of St. Kitts and Nevis salute you on this landmark achievement, as you continue to blaze the trail in pursuit of true sustainable development, and punch above your weight in our region and further afield.”

Prime Minister Harris stated that the theme, “One Nation…One People,” is succinct, yet sober, focusing on your strong commitment to unite and build Jamaica.

Dr. Harris added, “This theme bears resonance in an era characterized by powerful forces of division. The call for unity is one which will auger well for Jamaica and by extension the wider Caribbean Community.”

The St. Kitts and Nevis prime minister told the Honourable Andrew Holness that he looks forward to continue working with him at the level of CARICOM, the OAS, Commonwealth and the United Nations “as we tackle the numerous challenges confronting us as Small Island Developing States in pursuit of our development objectives.”

Athletics : Charlestown Primary-Champions in The Federation