CASTRIES, St Lucia — In a 17-minute address to the nation on Tuesday night, Prime Minister Dr Kenny Anthony confirmed that Saint Lucia is currently prohibited by the terms of what is commonly referred to as the “Leahy Law” from receiving security-related assistance from the US.

The so-called Leahy Law, named after its principal sponsor, Senator Patrick Leahy of Vermont, is a US human rights law that prohibits assistance to any unit of the security forces of a foreign country if the Secretary of State has credible information that such unit has committed a gross violation of human rights. 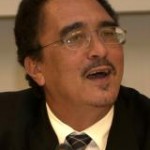 The prime minister acknowledged that the suspension of US assistance to the Royal Saint Lucia Police Force (RSLPF) is “clearly not a happy situation.” He referred in particular to the recent incident at Hewanorra International Airport in St Lucia, when RSLPF commissioner, Vernon Francois, was not permitted to board a flight to participate in US organized and financed training programmes.

Anthony confirmed that this resulted from the US ban, contrary to the initial claim by Francois that it was a “ticketing issue”. The prime minister said, however, that he had received confirmation from the US ambassador to the Easter Caribbean that Francois’ US visa has not been revoked.

“Yesterday, I was also advised that the United States has gone one step further and suspended all assistance to the Royal Saint Lucia Police Force,” Anthony continued.

Anthony also confirmed that the prohibition under the Leahy Law is grounded in the killing of 12 individuals by security forces in Saint Lucia in 2010 and 2011, which he pointed out took place under the previous United Workers Party (UWP) administration.

These killings, he said, attracted the attention of the US, which in the State Department’s 2011 human rights report on St Lucia described the 12 fatal police shootings as potentially unlawful, with some reportedly committed by officers associated with an ad hoc task force within the police department.

There was only limited progress by the director of public prosecutions (DPP) in reviewing and other investigations of unlawful killings dating back to 2006, the report added.

The report also said that the government did not implement the existing anti-corruption law effectively, and officials sometimes engaged in corrupt practices with impunity.

Anthony went on to point out that the Leahy Law prohibition shall not apply if the US secretary of state determines and reports that the government of such country is taking effective steps to bring the responsible members of the security forces unit to justice.

The prime minister outlined the steps being taken by the government to satisfy the US that those responsible are brought to justice.

First, he said, action has been taken to expedite the legally required inquests into the deaths of the 12 individuals, which can sometimes be a lengthy process and one in which it would appear that the US has little confidence.

To date, six of the 12 inquests have been completed, all resulting in a verdict of death by lawful act. However, one has been remitted for a new inquest to be undertaken.

In addition, Saint Lucia has requested US assistance in conducting polygraph or “lie detector” tests in relation to 40 senior police officers, only one of which failed such test. Anthony said the officers were asked about their knowledge of the killings in question and were also questioned about possible involvement in drugs and corrupt practices and behaviour.

However, Anthony pointed out that such polygraph tests have no evidentiary value in a court of law and are therefore not a solution to the current problem.

The Saint Lucia government has also requested the CARICOM Implementation Agency for Crime and Security (IMPACS) to provide three senior investigators to assist in resolving the outstanding issues, along with changing the law to deal with any future incidents of this nature.