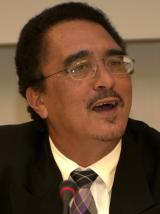 CariCris cited the decline in the fiscal position and the resultant increase in the debt stock as the main reasons for the lower ratings. These conditions are not unique to Saint Lucia. The entire Caribbean region is facing similar pressures evident by the recent downgrades of the government of Barbados, Grenada and Anguilla. Furthermore, world output including that of the emerging market and developing economies contracted in 2012 compared to 2011. The Euro zone is also under threat with significant fiscal challenges.

Prime minister and minister for finance, Dr Kenny Anthony, said that the slight downgrade did not come as a surprise to the government of Saint Lucia.

Anthony said, “News that CariCris has lowered Saint Lucia’s credit rating is not surprising. This is as a result of an extended period of minimal economic growth, partly as a consequence of the continued adverse impact of the global crisis coupled with the fact that very little was done to address the declining fiscal position in the past. For some time now, the government has been explaining the difficult economic realities that face Saint Lucia. From as far back as the 2012/2013 Budget, I indicated that some difficult decisions will have to be made, if we are to restore the economic fortunes of our country.”

The prime minister added: “The government of Saint Lucia has outlined a number of specific strategies in the 2013/14 Budget to return the economy to a more sustainable path. To facilitate higher rates of economic growth over the medium to long term, a number of structural adjustment measures aimed at increasing competitiveness and improving the investment climates will be implemented.

“On the fiscal front government is pursuing fiscal consolidation with a focus on curtailing the growth in expenditure. In the 2013/14 approved Budget, recurrent expenditure was reduced by $15.8 million while capital expenditure was cut by $114.6 million bringing the reduction in total approved expenditure by $130.4 million.

“The government of Saint Lucia therefore reinforces its commitment to implement bold measures to reduce the fiscal deficit and curtail the rise in public debt, while pursuing polices to boost the economy. In addition Saint Lucia’s excellent track record on meeting its debt obligations will continue to remain the number one priority of the government.”