Statement to the Nation by Dr. the Hon. Timothy Harris M.P. and Leader of the St.Kitts-Nevis Opposition Team UNITY on the Judgement in the Motion of No Confidence Case and the Letter to the Governor General .

Fellow Citizens and Residents, I think it is appropriate for me to address you on two significant events of recent vintage.

Firstly, I wish to make some remarks regarding the Court judgement in what has been dubbed the Motion of No Confidence case. In a landmark judgement, in the application by the Speaker and government to strike out the Motion of No Confidence, the Justice Darshan Ramdhani not only firmly rejected the application to strike out the originating motion but also laid out clearly how government functions in a constitutional democracy. 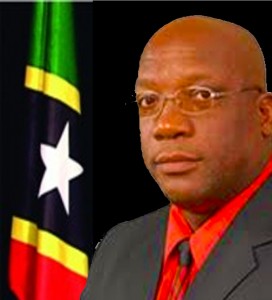 The Learned Judge said that, “under this system of Government, the term of Prime Minister and his Cabinet is only validated by the support of a majority of the elected members of the Assembly. It is the mandate of the people, through the elected representatives that the Prime Minister and his Cabinet is given the right of government. By a number of expressed provisions, the Constitution expressly stipulates that if a majority of the elected Representatives vote in favour of a motion of no confidence in the government, a Prime Minister and his Government will cease to have the right to govern. The Constitution expressly not only provides that on such vote the Prime Minister is to either resign or else parliament is dissolved, but it also expresses an urgency that should follow such a vote of no confidence. It would therefore make nonsense of these provisions, if a majority of members of the elected Representatives may have lost confidence in the Government, and being ready and willing to vote on such a motion, have requested that such a motion be placed on the Order Paper, but no steps are being taken to have such a motion debated and voted on within a reasonable time as a matter of priority. There is accordingly to be derived from the text, structure and context of the St. Kitts and Nevis Constitution, an implied substantive and procedural right in Section 52(6) that each and every member of the National Assembly is entitled to request that a Motion of No Confidence be placed before the Assembly, and that such a motion must be accorded priority over other business by being scheduled, debated and voted on within a reasonable time given the programme of the Assembly.”

The High Court last week on the 12th February 2014 reaffirmed in its ruling that no man and no institution is above the law or above our democracy. And so, in another finding of law Justice Darshan Ramdhani noted that, in a constitutional democracy the Assembly is not completely immune from the scrutiny of the Court, which has a limited right to intervene to ensure that the Assembly has not acted, or is not acting in a manner inconsistent with any provision of the Constitution.”

The Judge dismissed the argument of the government’s side, that the Motion of No Confidence was “subjudice”.
The Court noted that, “there could hardly ever be any prejudice caused to the interests of the parties in the court proceedings if the Assembly were to debate and vote on the motion while it was still pending in Court.”

Now that the High Court has found that there is nothing preventing the Speaker from placing the Motion of No Confidence on the Order Paper, to be debated and voted on by elected members of the National Assembly, we call upon the Speaker to take positive action now, to protect and preserve the people’s democracy and the sanctity and dignity of the Parliament.

We in TEAM UNITY welcome the findings of the Court. We recognize, accept and acknowledge that the values of justice, fairness, openness, tolerance, equality, the rule of law and respect of all persons are the bedrock of good governance and democracy. We pledge to always abide by the rule of law and our Constitution. We will set a high standard in compliance with the law for all others to follow.

We commit ourselves to putting our people and our country first by implementing a prosperity agenda that will reverse political, social, cultural, moral and economic decline and raise the quality of life of all our people.

We believe that the people of St. Kitts and Nevis, wherever they may be, are better together which is why the people are one step closer to their prosperity agenda with Team Unity.

The Letter to the Governor General

In a second historic event of recent vintage, the six of us who form the elected majority in the National Assembly, delivered to His Excellency the Governor General, Sir Edmund Lawrence, a letter which makes it absolutely clear that Dr. Denzil Douglas no longer “commands the support of the majority of the Representatives” and thus does not now meet the standard to be Prime Minister, as set out in Section 52(2) of the Constitution of St. Kitts and Nevis. We asked the Governor General to take “speedy action in this regard so that some Constitutional normalcy can be restored to the public affairs of our country.”

We, the members comprising the elected majority have now not only stated in official correspondence to the Governor General who we do not have confidence in, we have clearly identified the Representative who we have confidence in and who commands our support.

I am humbled and honoured by this support and solidarity, that my Colleagues have bestowed on me and with God’s grace and the support of the people, I will endeavour to always be worthy of this honour and support.

It is important to note that those two watershed events are not about any one man. Instead, they are about the future of our beloved country. I call upon the His Excellency the Governor General and the Hon. Speaker of the National Assembly to act in a manner that serves the best interest of the people of St. Kitts and Nevis and which preserves our place amongst the world of democratic nations.

I say to you the good people of St. Kitts and Nevis, stay strong, remain hopeful, demand more of your leaders and expect better because a CHANGE is COMING for the BETTER because we are BETTER TOGETHER and TOGETHER FOR BETTER.