Turks and Caicos may abandon CXC

PROVIDENCIALES, Turks and Caicos Islands — Fresh off a by-election that saw the Progressive National Party (PNP) maintain its hold on the government, minister of education Akierra Missick has announced plans to scrap the Caribbean Examination Council (CXC) curriculum and consider the British education system for all schools in the Turks and Caicos Islands. This revamp is said to take place through a consultation throughout the islands. 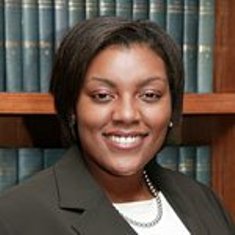 Despite the PNP’s “Brit bashing” in the general and by-election and its continued harsh rhetoric towards British Governor Ric Todd, the party seems to be embracing the attitude that its constitutional partner has got it right where education is concerned.

The cozy relationship between the British and the PNP began some years ago, when the PNP convinced then Governor Poston not to call a general election requested by former Chief Minister Derek Taylor in 2003, after a controversial court ruling that overturned two seats in that year’s general election.

The relationship soured when a Commission of Inquiry was appointed by Poston’s successor, Governor Richard Tauwhere, and subsequently exposed a high probability of systemic corruption in the PNP government.

Nevertheless, the PNP is apparently prepared to stay with the UK and embrace its educational system, which if implemented would prepare TCI students to attend mainly UK schools. According to the Jamaica Gleaner, the move would place the jobs of some 250 Jamaican teachers in jeopardy.

Many observers in the islands claim that the ongoing “Brit bashing” is tantamount to hate speech against a nationality and could have long lasting consequences for the relationship the TCI enjoys with the UK. PNP Brit bashers include Michael Misick, Rufus Ewing, Devon Williams and Royal Robinson.

The airwaves in the TCI have been inundated with anti-British sentiment since 12 individuals, including former members of the PNP cabinet, were indicted on corruption-related charges.

The recent announcement of the possible move to the British education system is considered to be hypocritical by many in the territory.