This morning the High Court Judge has put an injunction on the Governor General preventing him from acting on the Constituency Boundaries Report which was finalized last week Friday. The Prime Minister Dr Denzil Douglas led Illegitimate and Minority Labour government was seeking to table the Boundaries Report before Parliament today. Howewer the UNITY partnership prevented the travesty from taking place with a successful bid for an injunction. 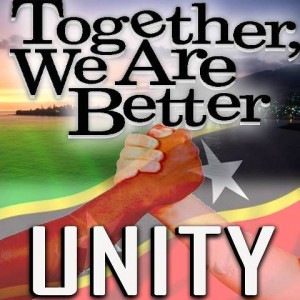 The Constituency Boundaries Report is an attempt to gerrymander the boundaries before a potential snap election in order to give the illegitimate Douglas Labpur Party government a chance, as small as it maybe, at defeating the historic UNITY Partnership . The Illegitimate Minority Labour government is seeking to dramatically alter the boundaries without consulting the People of the constituencies and without having Finalized Census Data. This Injunction PREVENTS the Governor General from doing anything to make the Boundaries Report valid law. The Applicants in this matter are Hons. Shawn K. Richards, Dr. Timothy Harris, Eugene Hamilton, and Mark Brantley.