Violence against women and sexual molestation of children widespread in St. Kitts and Nevis 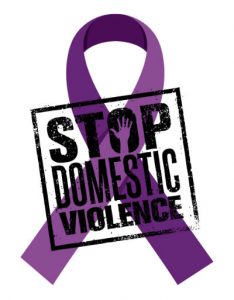 Basseterre, St. Kitts, April 23, 2018 – Violence against women continued to be a serious and pervasive problem in the Federation of St. Kitts and Nevis.

That’s according to the United States Department of State Report on Human Rights Practices for 2017, which also found that sexual harassment was a problem in the workplace and physical abuse, including sexual molestation of children was prevalent and widespread.

The report noted that the law criminalises domestic violence, including emotional abuse, and provides penalties of up to EC$13,500 or six months in prison.

“The report released last Friday found evidence that suggested that rape – including spousal rape – was a serious and pervasive problem. Further evidence also suggested that sexual harassment was a problem in the workplace, although the Ministry of Community Development and Gender Affairs did not receive any cases under the act during the year, 2017,” the report said..

The report pointed out that child abuse remained a major problem with the government pointing out that neglect was the most common form of abuse, while physical abuse, including sexual molestation, also remained prevalent and widespread.

“Non-governmental organisations (NGO’s) reported that sexual exploitation and molestation of children remained a major problem. NGOs also reported that adolescent transactional sex remained a problem. The law sets the age of consent at 16 years. Having sexual relations with children under age 16 is illegal, with penalties ranging from probation to life in prison, but no cases were prosecuted during the year,” said the report.

“While there were no confirmed reports during the year that St. Kitts and Nevis was a source, destination, or transit country for victims of human trafficking, human rights activists alleged some sex workers were victims of trafficking and that human smugglers regularly transited through the country. Some of the smuggled victims were allegedly labour trafficked,” said the report.