The Report by Devashish Fuloria

The second ODI between New Zealand and West Indies at McLean Park, Napier was called off after persistent afternoon rain left wet patches in the outfield. The umpires inspected the ground at 5pm – two-and-a-half hours after the scheduled start – under sunny conditions, but deemed the outfield unfit for play. The play was finally called off at 5.20pm to boos from the crowd. 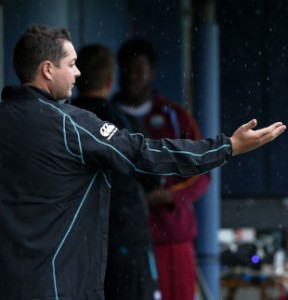 A drizzle had greeted the teams before the start of the match, but the prospect of play diminished as soon as the downpour increased in intensity around 1.30pm, half an hour before the scheduled start.

New Zealand are trailing 0-1 in the five-match ODI series. The teams will travel to Queenstown for the third ODI to be played on the New Year’s day.

Devashish Fuloria is a sub-editor at ESPNcricinfo

Family Fun and Birthdays At The Cricket This Summer