A Special Case of Courage to Overcome-Vanessa Simon

Gingerland, Nevis – The 2020 edition of the 25 most remarkable teens within the federation of St. Kitts and Nevis, was held at the Rivers of Living Water Church, on the evening of Thursday, November 26, 2020.

Chairing the proceedings, in true parliamentary style, was the Hon. Anthony Michael Perkins, Speaker of the National Assembly.

Also featuring during the ceremony was the Hon. Jonel Powell, Minister of Education, Youth, Sports and Culture and Mr. Pierre Liburd, Director of Youth Empowerment.

The main feature was the presentation of awards to the 25 selected young persons and these presentations were made by members of parliament from the Government side and members of the opposition.

One particularly touching story was the story of Vanessa Simon, of the Gingerland Secondary School. 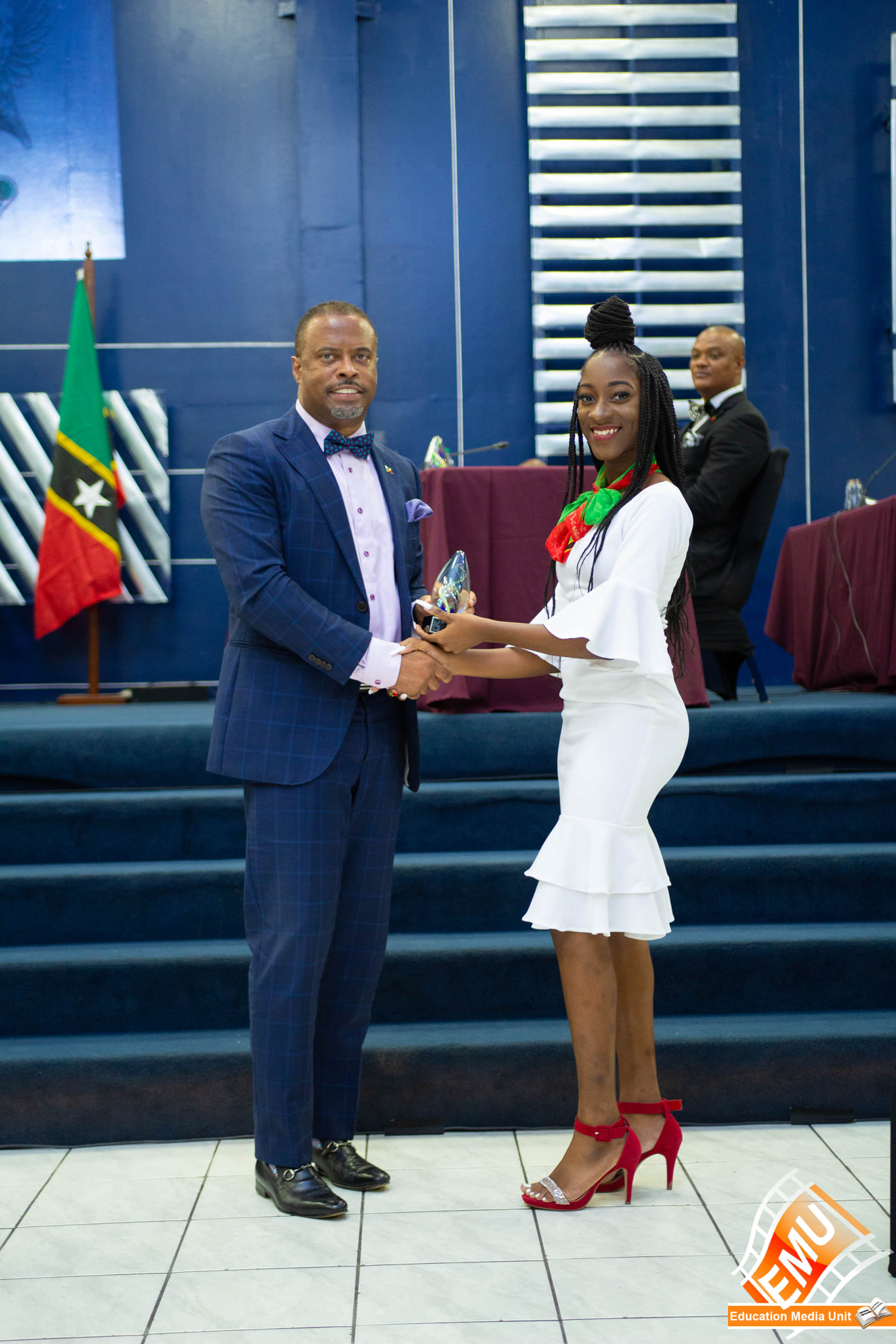 She arrived in Nevis from Surinam, as a little girl, at just eight years of age, unable to speak any English.  Due to the language barrier, she was unable to attend school for two years.

When she finally entered school at grade three, the young lass remembers placing 16th in her class.  Instead of giving up, she dug deep and put in the extra hours of work, as she vowed to excel.

She credits her Mom and Mrs. Jennifer Liburd, a long-serving teacher at the Cicely Browne Integrated School, for helping her through that difficult period.  Mrs. Liburd, especially, dedicated three days in the week, in taking her to her home and assisting her with her English. Then additionally, she got her registered into the Gingerland Pathfinder Club program, which she attended regularly on Saturday afternoons.

Just to show the marked difference, by the time she did her test of standards examinations, at the Joycelyn Liburd Primary School, she placed third in her school, with an exceptional 80% average.

She also excelled at athletics and played a major role in her school’s winning of the Inter Primary competition in 2015 and also represented the Nevis junior athletic team, in overseas meets.  Sadly, she damaged her hip, just over two years ago and this has slowed her athletic prowess, but she has maintained her 80% grades at the Gingerland Secondary School.

She also won a show called the MS. DAINTY TEEN and credits the assistance rendered by the Pathfinder club, in what she has become as a responsible young woman, who loves the Lord.

Interestingly, now that she has majored the English language, Vanessa can no longer speak her native Dutch language.