FORT-DE-FRANCE, Martinique–Caribbean countries welcomed a total of 15.6 million visitors between the period January to July this year, but regional tourism officials say there had been no “incremental difference” when compared to the same period last year. 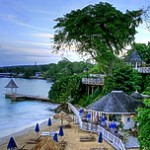 But the officials say the actual levels “still remain above pre-crisis levels” with 17 destinations recording increases in tourist arrivals – as high as 65 per cent – and other destinations “growing faster than the world average of 5.2 per cent”.

The figures show the best monthly performances were in March and July reflecting the celebration of Easter and Carnival Season respectively.

The CTO figures indicate that the main markets for the Caribbean were wither “relatively flat or declining” with the United States showing “marginal growth” of 0.8 per cent during the period January to July, representing a total of 7.8 million visitors.

The market share for the US rose slightly from 49.6 per cent last year to 50.4 per cent while the Canadian market contracted by 1.5 per cent with only 2.1 million Canadians visiting the region in the first seven months of this year as compared with 2.2 million last year.

The CTO said there was need to pay attention to the fact that Canadians took 1.6 per cent fewer outboard trips to places other than the United States, where the growth was 4.3 per cent.

Tourist arrivals from the European market declined by 5.1 per cent so far this year with only 2.8 million tourists visiting regional destinations.

The CTO figures showed that only 10 destinations showed improved numbers over the 2012 level.

There was a 4.1 per cent drop in arrivals of British nationals to the sub-regional Organisation of Eastern Caribbean States (OECS) for the period January to July with CARICOM countries registering a 1.7 per cent fall off in United Kingdom arrivals.

CTO chairman Beverly Nicholson Doty told reporters that the Caribbean travel.com website launched in February as the latest initiative to increase visitor arrivals had so far attracted in excess of 700 hotel properties.

“We believe it is a significantly robust vehicle for marketing the region that is available on several platforms…but that is not where the selling stops,” she said, pointing to other initiatives.

“We have to look at multiple ways of funding regional marketing…and recognise that we just can’t depend on governments, we need private sector participation.

“But we are also looking at what are the other vehicles we to optimise in order create funding sources for the entire marketing strategy,” she said, noting “one of the important components that we continue to forget is that our individual countries are doing things all across the world all the time and that there is tremendous impact that can be had with us collaborating.

“Extremely important to me is that we forget the Diaspora too often in terms of promoting the region as a critical component of our overall strategic marketing plan,” she added.

CTO Secretary General Hugh Riley said discussions were moving in a “positive” direction regarding the removal of some of the hindrances to travel within and to the Caribbean.

“Within the group of the OECS there is a great deal of discussion about going back o the domestic space. I am not trying to pre-empt that discussion but only to tell you it is getting to a conclusion so that we could remove some of the hindrances in terms of entry requirements.

“We are also attacking the issue of Emigration Cards. You know and I know that those embarkation cards can be an issue, has been an issue, and that is being tackled first within the OECS group…so we can have a studied implementation and then the third part …is dealing with the matter of screening.

“It is difficult to explain to the public of the Caribbean why they have to take their shoes and their belts and everything else off every single time they go through various hubs,” he added.

the CTO figures show that 13.4 million visitors arrived here on cruise ships at the end of July with the officials regarding that as “mixed performances” and accounting for an overall marginal decline of 0.8 per cent as against last year.

The CTO said that all major hotel performance indicators were positive to the end of August and that indications are that the two to three per cent growth in 2014 is the best to be expected.