By:Erasmus Williams
Basseterre, St Kitts, October 28, 2019 – The Leadership of the opposition St. Kitts-Nevis Labour Party said Monday that the extensive damage by fire of the Constituency Office of His Excellency Steve Wrensford “is a malicious and cowardly act of arson that may have been perpetrated by those who desire to use such tactics to intimidate and subdue in advance of the upcoming general elections.” 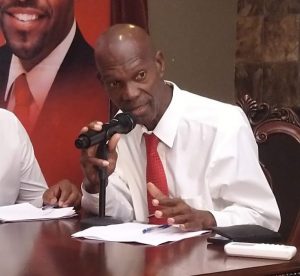 In a statement hours after the early Monday morning blaze which gutted the office on Main Street, Old Road, the SKNLP said the site has been assessed by the Arson Unit of the Royal St Christopher and Nevis Police Force.

“We await a comprehensive report from the Fire Department and the police,” the SKNLP said.

“From an initial assessment, the Constituency Office has suffered severe fire damage, especially to the roof which will need to be completely replaced. The windows, doors and all of the contents of the office have been destroyed with the exception of the locked office section,” said Wrensford, the SKNLP candidate for St Christopher 4 (Challengers to New Guinea).

“I am really grateful to God Almighty that there were no injuries to passersby. I wish to thank those who live in the area for their vigilance and for alerting the Fire Department and me about the fire,” said Wrensford, the former Non-Resident High Commissioner to the Republic of Trinidad and Tobago.

Wrensford noted that the early response averted what could have been the total destruction of the Constituency Office building.
“The fire was contained quickly and fortunately did not spread to the residences in the surrounding area,” said Wrensford, who added that he is 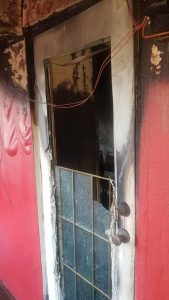 “not intimidated by such actions and remain resolute in my commitment to serve the people of Constituency Number Four.”

“I was chosen by the people of the constituency to serve as the Labour Party candidate and I am grateful for all the support and encouragement I have received thus far. I will continue to pursue the support of my constituents as I prepare to provide them with honourable and effective representation as a Member of Parliament in a new NextGen SKN Labour administration. It is my hope that the upcoming general election will be peaceful and fair,” he said.

It further noted that earlier this year, several billboards that were erected around the Basseterre area by the St Kitts-Nevis Labour Party were vandalized and defaced. These included a billboard that was erected in Newtown by Dr Geoffrey Hanley, the SKNLP candidate for Constituency #1 that was set on fire. 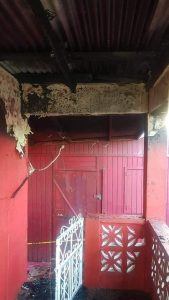 “The St Kitts-Nevis Labour Party wishes to alert the general public of this alarming trend which may be part of a nefarious attempt to prevent the fair and proper functioning of our electoral process and to limit the democratic rights of the people of our Federation,” the statement said.