Charlestown, Nevis (August 31, 2015) — After a prolonged drought, farmers in the Federation are back to their farms working hard to capitalise on the rain that would have been received following the passage of back to back weather systems – Danny and Erika.

Mrs Coreena Johnson-Liburd, a farmer based in New River, Nevis, who had been interviewed before the arrival of Danny had the lack of rain as her main worry. She said that during the dry season she observes an infestation of pests which destroy some crops.

She has leased five acres of Government land for the last seven years in which she grows a variety of food crops and fruits including the famous Amory Polly mango which is unique to Nevis. She said that she has survived it all because the Development Bank of St. Kitts and Nevis has given her the opportunity to grow and expand her business.

“When I started farming I laid down a simple irrigation system of drip lines because water is always a challenge here,” said Mrs Johnson-Liburd. “However, I did not use them for long because somebody or some people came and took away all the lines.”

To make up for the unexpected loss, she contacted commercial banks with the hope that they would give her a loan to buy new drip lines, but that was not to be. The banks declined her proposal because she did not own the land she was working and for the fact that her business was still new.

Mrs Johnson-Liburd lamented that as a small businessperson who was trying to develop a business and was denied finances for reason that she did not have land or a house that could be used as collateral then she did not know what to do. Following refusals by commercial banks, her husband advised her to try the Development Bank of St. Kitts and Nevis.

“When I went there, they asked me to get some documents and bank statements and to prove that I have a business, and to get a paper from the Agriculture Department that I indeed did have land farming,” said Mrs Johnson-Liburd. “They also required for somebody to stand guarantor for me to ensure that I would be in a position to pay back the money.”

Acting Manager at the Nevis Branch of the Development Bank of St. Kitts and Nevis Ms Avelyn Browne is the officer who met and interviewed Mrs Coreena Johnson-Liburd, in her capacity as a Credit Risk Analyst.

“When I interviewed Coreena, I noticed that she had a passion for agriculture,” explained Ms Browne. “Once you have a passion for anything, you must succeed at it. I visited her farm and I observed that she had mostly the five acres filled with food. At that time there was plenty of rain, she worked long hours in the land and she was very dedicated to making her farm a success. Coreena is also very passionate about food security.”

After the loan was approved, Mrs Johnson-Liburd bought new drip lines, fencing material and fenced off the farm, bought seeds and commenced the well-respected practice of mulching using plastic. That was two years ago, and she says she has not only been servicing the loan, but has made some progress as an offshoot of the gains from her rejuvenated efforts.

“From the capital the Development Bank gave me, I could afford to take profit from there and pay down on a trans (vehicle),” said Mrs Johnson-Liburd, who lives in Zion. “Because I still do not have a driver’s licence my husband is using it and he drops me here in the morning and comes to pick me up in the evening.

“Before I bought the trans I used to put produce on my head and walk home, and I would do that a few times and nobody would stop for me (to give me a ride).”

She used to sell her produce at the market in Nevis, but later started taking it to St. Kitts, where she had a wider market. She now however sells both retail and wholesale at an outlet she built at her farm along the Island Main Road. She is on the farm seven days a week and because people know she is there including Sundays, she is not lacking in terms of patronage.

Mrs Coreena Johnson-Liburd is a hard worker as Ms Browne of the Development Bank would have indicated, but she is one who does not believe in blowing her own trumpet. A talk with the Permanent Secretary in the Nevis Ministry of Agriculture, Mr Eric Evelyn, revealed that she was adjudged Nevis’ Crop Farmer of the Year in 2014.

“The government offers quite a lot of assistance to farmers here on the island of Nevis,” commented Mr Evelyn. “If you are a bona fide farmer with a water meter that is specific to the farm you get concessionary rates offered by the Water Department on recommendations coming from the Department of Agriculture.”

The government offers concessions on any inputs and farming implements that a farmer purchases whether locally or from overseas, while the Department of Agriculture has a cadre of well-trained extension officers that offers free technical advice, including guiding them in terms of their production plans, planning ahead, and their marketing arrangements.

“In terms of Mrs Coreena Johnson-Liburd, she was a former employee of the Department of Agriculture for a number of years,” observed Mr Evelyn. “She is hard working, and she decided to branch off on her own by setting up her farm, and I am must say that she is doing well.

“She has had steady progress in terms of her farm where she now has a little outlet on the farm, on the Island Main Road in New River. I must say that she was voted Crop Farmer of the Year during our Annual Agriculture Open Day in 2014.” 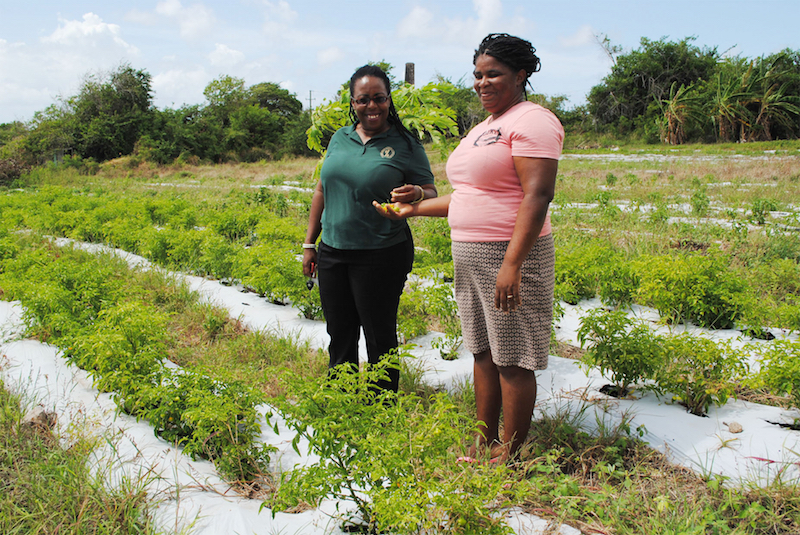 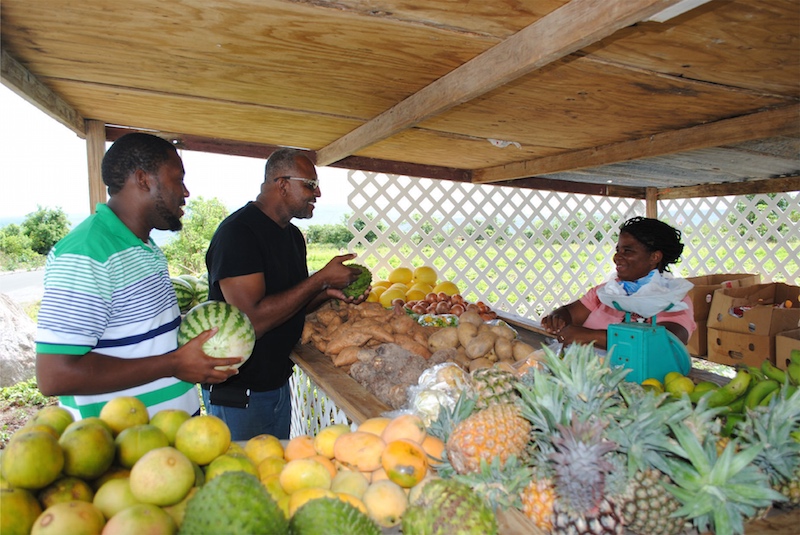