BASSETERRE, ST. KITTS, JUNE 21ST 2017 – Leader of the Opposition, the Rt. Hon. Dr. Denzil L. Douglas has described the late George Washington Archibald not only as an educator, but also a journalist and historian and a severe critic of governments. 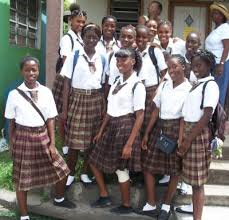 Paying tribute to Mr. Archibald who died at the age of 83, the former prime minister said his legacy in the field of education is testimony to all Kittitians and Nevisians who he tutored not only as a civil servant and principal but also as a private instructor.

He identified persons with innate skills and various circumstances and use his evening classes to make it possible for early school leavers to return to the classroom and who today are able to boast of having PhD’s, masters and bachelors and are in employment areas that impacted their lives,” said Dr. Douglas.

“Thousands of persons with various skills, diplomas, degrees and professions are indebted to him,” said Dr. Douglas during his weekly radio programme, “Ask the Leader” on KYSS 102.5 FM.

Dr. Douglas pointed out that it was as a result of Mr. Archibald’s sterling and dedication to education that his administration elevated the Basseterre Junior High School to a full secondary institution and named it the George Washington Archibald High School.

According to Dr. Douglas, since Mr. Archibald was a young man, he has always challenged the status quo.

“We want to pay tribute to his life, his works and his achievements. And we wish that those who are left to mourn his passing, will be buoyed with the knowledge and truth, that Washington Archibald did dedicate his life to the development of St. Kitts and Nevis,” said Dr. Douglas as he expressed sincere condolences to his children, grandchildren and former students and associates. 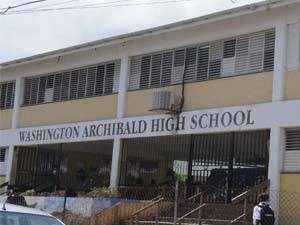 He offered prayers for their comfort as they traverse the path of grief and come to the realisation that he who gives also receives.

George Washington Archibald was born on May 28th 1934 at Soho, Basseterre to Ella Dasent of Gingerland, Nevis and George Albert Archibald of St. Kitts.

In 1968 he received a BA Degree in Economics & History with a minor in English Literature from the University of the West Indies (Cave Hill),  Barbados.

In 1960, he received a Diploma from the Leeward Island Teachers’ College (Antigua).

He began his teaching career with employment at several schools from 1951 to 1960 and served at several schools including the St. Peters Government School, the Basseterre Boys School, the Molineux /Estridge Government School and from 1961 to 1964 at the Basseterre Senior School. In 1964 h e was Head Master of Irish Town Primary School and in 1965, he was appointed principal of Senior School with the mandate to transition it to the Basseterre Junior High School, which was upgraded to a high school in 1998 and named the “Washington Archibald High School” in his honour.

In 1973 he opened The St. Kitts Business College and founded and operated Project Strong from 1998 to 2009.

He was a newspaper columnist for the Democrat with his weekly articles “Forward on Washie” and was Editor from 1975 to 1979. He also contributed to the St. Kitts-Nevis Observer with his “Ask Washie” columns and to The Labour Spokesman

He is the author of Basic Principles of Bookkeeping (1980); Reflections on an Epic Journey (commentary on political and social development of St. Kitts, (1993); A View from Baby’s Traffic (2008) (commentary on the social and cultural evolution that took place in St. Kitts during the 1950’s; Sequel to Reflections and The Legacy of Simeon Daniel, First Premier of Nevis released in 2010.