CASTRIES, St Lucia — The Lucian People’s Movement (LPM) says that, while it views the eradication of criminal activities as paramount in achieving peace and security throughout the nation and as a prerequisite for attracting foreign investment to St Lucia, it doubts that the enactment of anti-gang legislation will prove effective in combating crime in the long run. 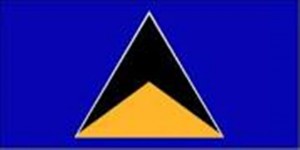 “The message that is emanating from the government of Saint Lucia is that they have finally run out of ideas as to how to effectively deal with growing crime in the country. Therefore, instead of heeding the LPM’s numerous calls for the convening of a national consultation on crime that would afford the government the opportunity to engage in active and meaningful discussions with a cross-section of Saint Lucian society, they have opted to enact simple laws from the comfort of parliament that will no doubt prove difficult to enforce,” the LPM said in a statement.

According to the LPM, successive governments have failed to create the economic opportunities for young people to succeed. Furthermore, shifting the responsibility from parents, who should be challenged to provide guidance for young people at an early age, is myopic thinking. It also presents greater problems for the police and the courts.

“The government would do well to note the experience of a number of countries, particularly the United States, where the enactment of anti-gang legislation has only served to increase the level of criminal activity rather than to decrease it. To place absolute power in the hands of the police to use scare tactics and brute force to deter young people from criminal activities may work in the short term but will prove very costly for Saint Lucia in the long run,” the LPM continued.

This will, the LPM said, in effect create a police state, which will eventually raise constitutional issues of the right to freedom of movement and association, among other legal challenges, which could cause irreparable harm to the international image of the country.

“However, a greater problem for Saint Lucia is the widening of the trust gap that is bound to occur between young people (including the criminally minded ones) and the police,” the party said.

“For a while, those who are disposed to committing crime will simply lie low until they have figured how to skirt the laws. Saint Lucians can then expect a sharp reversal to more violent crime than ever before,” the LPM added.

The LPM therefore called upon the government to deal with the root causes of crime, which are poverty, the lack of opportunity for upward economic and social mobility, drugs, poor parenting skills, and an educational system which fails to teach young people of their responsibilities to the nation as Saint Lucian citizens.