Well….. it was the best of times and it was the worst of times…. Our day started out well. We were up early, the athletes were ready and we hauled the bike boxes down to reception for transport to Yaz Marina, It was so cool to meet up with all of the other Triathletes. We are “the few”. The very first Special Olympic Athletes to compete in a real Triathlon on a World Stage with elite athletes from all over the globe. The setting couldn’t be more spectacular!!! The Formula 1 racetrack with the Yaz Marina Hotel as a backdrop!! Winston and his ITU team have really rolled out the red carpet for us!!!

First duty was to reassemble the bikes. Yes…. that is me with the greasy fingers and holding a wrench!!! What ‘cha do for love!! : ) Then we moved on to bike inspection and course familiarization. Our athletes ROCKED in their National Gear and took on the Yaz Circuit in grand style!!! They did three loops of the six loop race course to get used to the track and the turns. All good!!!

Then we moved on to swim familiarization. This really separates the men (and ladies) from the wanna bees….. People think they can swim, but jumping into an unfamiliar body of water and negotiating a 750m course takes COURAGE!! This is a lot different from swimming in the backyard pool!! Plus, the water was much colder than expected. But again, the course is SPECTACULAR!!! Swimming right in front of the incredible Yaz Hotel is iconic!! There was a lot of water safety support, but even so, four swimmers needed to be pulled out. I’m not sure everyone had trained properly to take on a full sprint triathlon. This is not for the faint of heart. Only athletes need apply!!!

The first athlete came out of the water in 13 minutes and wasn’t even breathing hard. An incredible performance for sure!!! This just proves that “special” doesn’t mean “unable”. We just need to continue raising the bar to encourage them to strive for personal excellence. They don’t know what they are truly capable of until we encourage them to find out!!!

Both of our athletes completed the course, but Ashton had a real issue with the cold water. He’s just so tiny and lacks body fat. He’s fine, but we did have the on-site medical team take a look at him to be safe. I went out afterwards to look for something to keep him warm in the water, so we’ll see if he wants to compete tomorrow. Robert, AKA the animal, is good to go!!!

Now it is off to dinner and then early to bed. We need to be at the venue by 8:30am as the race starts at 10am sharp. We are part of a HUGE event and there is no wiggle room. We need to roll with the big guys!!! 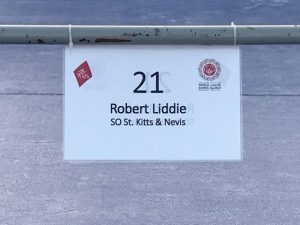 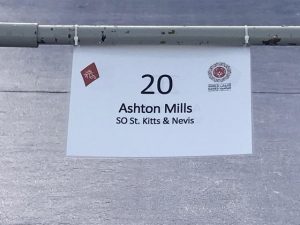 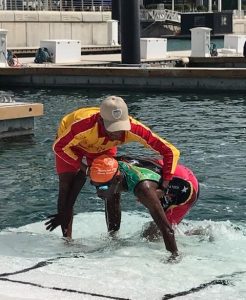 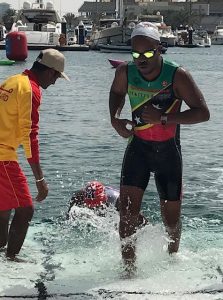 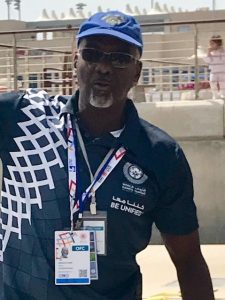 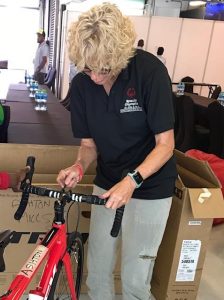 Fingers crossed and lots of prayers. These guys are AWESOME and are already winners!! 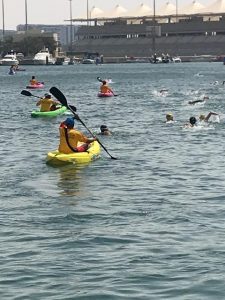 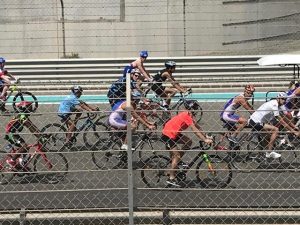 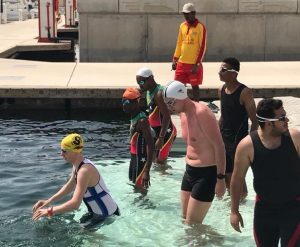 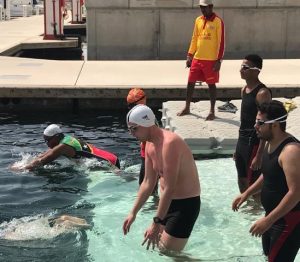 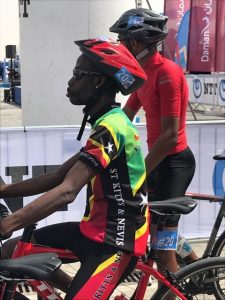 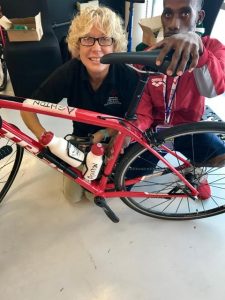