The final round of matches in the 2017 edition of the Leeward Islands 50 overs Cricket tournament, was held on Friday 19th May in Antigua.

In the feature match of the day, Nevis narrowly edged out Antigua & Barbuda in an exciting encounter at the Sir Vivian Richards stadium.

Antigua and Barbuda won the toss and opted to bat first and managed 207 for 8 with Orlando Peters leading the way with a half century.

Nevis after at one time looking out of contention, managed to sneak home in the 49th over, led by a determined, undefeated half a ton, by Saeed Williams (son of Stuart Williams).

In other matches played

At the closing ceremony, which was held at the Sir Vivian Richards stadium, St. Kitts was awarded with championship honours and Nevis second place. Even though both teams had the same number of wins, critically, St.Kitts won over Nevis when they faced off early in the tournament. 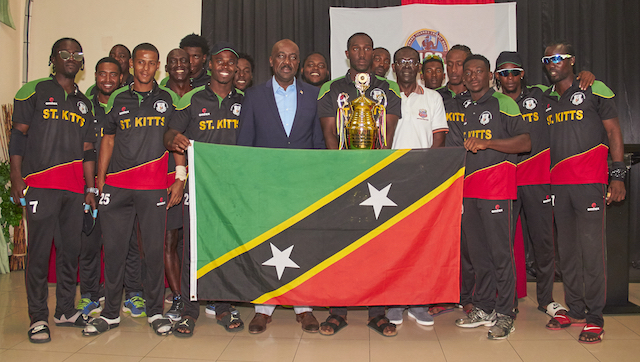