(CHARLESTOWN, NEVIS)- Curious persons gathered along the island main road at Cades Bay on the morning of Tuesday, May 21, 2013 to witness an accident involving a female driver who ran off the road. 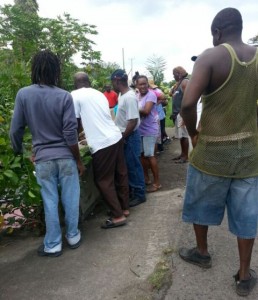 Police officers attached to the traffic department in Nevis arrived on the scene and conducted investigations into the incident.

The accident involved vehicle PA3726, owned by Courtney Duporte of Ramsbury but at the time of the incident was driven by Heeramani Patra of Newcastle.

According to a police report sometime after 9:00 a.m. Heeramani Patra was driving P3726 from Charlestown heading towards Newcastle Village and as she got in the area of Cades Bay she suddenly became ill and ran off the road and fell into an eight feet deep ghaut on the sea side of the road.

Heeramani Patra was unconscious and was transported to the Alexandra Hospital by ambulance.

The report further revealed that she was detained for observation.

With COVID-19 hospitalisations up, France weighs return to masks