What a day!!! I’ll let the pictures speak for themselves, but what a FABULOUS DAY!!! The venue was spectacular and being part of an elite world ITU event was a once in a lifetime experience!!! The Triathlon field had been reduced to 22 athletes which included two girls, one from Malta and one from the USA. Go, girl power!!! Many of the athletes were quite experienced in Triathlon and there were some excellent swimmers!!! Our guys were super excited to compete and it was amazing to be part of the very first World Games Triathlon alongside such nations as Estonia, Saudi Arabia, Finland, Morocco, Syria, Uruguay, USA, Dominican Republic and UAE . Talk about history in the making and SOSKN was right there on stage with the Sheik, the head of Special Olympics International, the vice president of the International Triathlon Union and the World’s #1 male Triathlete!!! Not something one gets to experience everyday!!!

There were a few hiccups, however, and a lot of DNFs (did not finish) due to athletes going off course or failing to complete the required number of laps. Remember, this was not a Unified event and the athletes had to compete and think for themselves. A learning experience for sure!! Ashton only completed five of his six cycling laps and Robert unfortunately pulled up lame with less than 2km to go in his run course!! Having said that, they both put in excellent times and were awarded participation medals. More importantly, they had an experience of a lifetime, made loads of new friends and represented their Federation on a true World Stage.

Tomorrow we head to Host Town to meet up with the rest of our Delegation who arrived in UAE this morning. Opening Ceremonies will be on the 14th and then we will head on to the Cycling Competition. Stay tuned and keep the well wishes coming!!!! 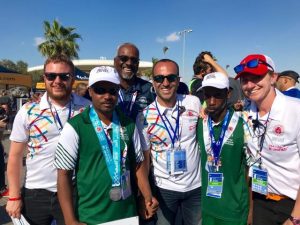 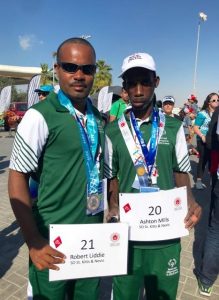 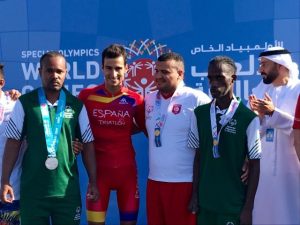 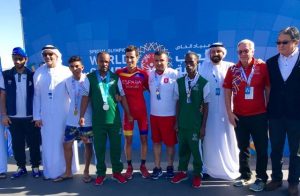 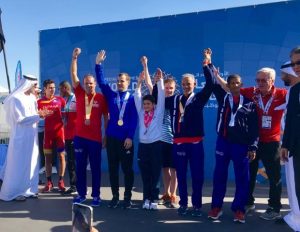 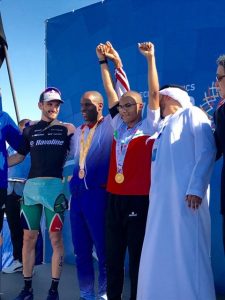 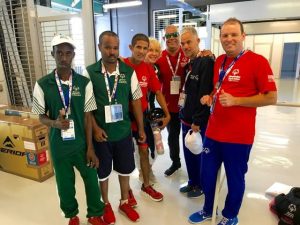 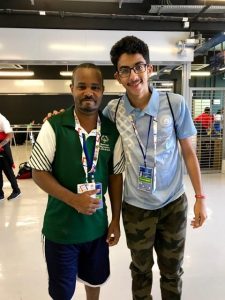 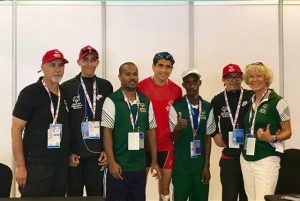 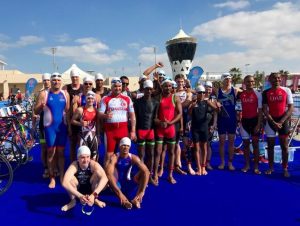 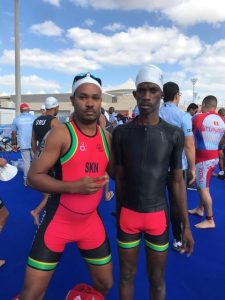 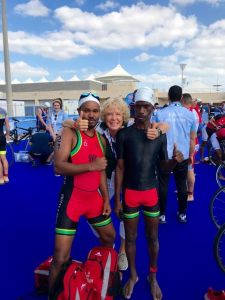 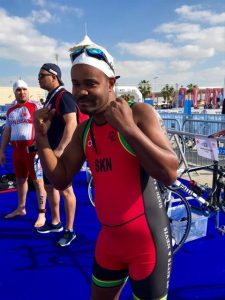 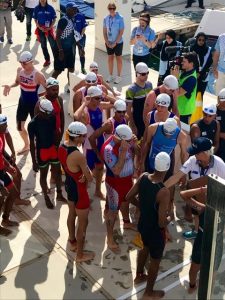 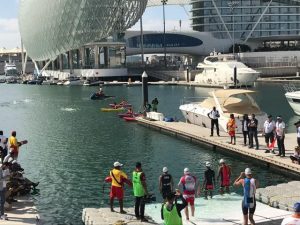 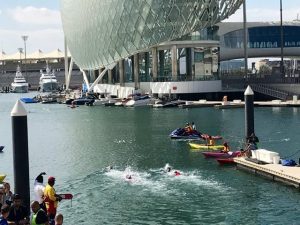 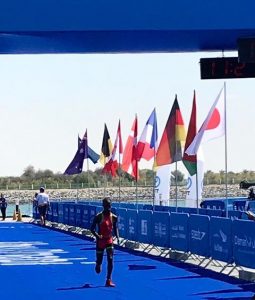 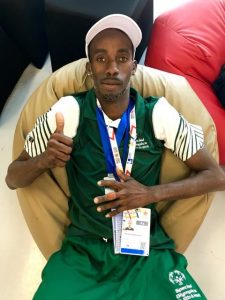 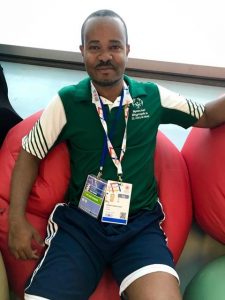 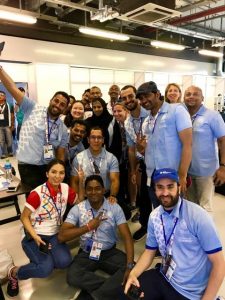