ST JOHN’S, Antigua — “Antigua and Barbuda needs to place more emphasis on awareness and the inculcation of best practices into the minds of the population with regards to climate change and its likely effects on tourism dependant nations such as ours.” 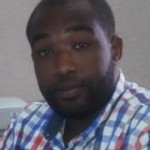 These are the thoughts of Yendi Jackson on returning to Antigua and Barbuda after recently participating in the OECS/USAID climate change project dubbed ‘Rallying the region to action on climate change’.

Jackson, who is currently employed at the ministry of tourism as a sustainable tourism officer, participated in the two day course held in St Lucia from September 4 to 5 and focused on the impacts and adaptation of climate change in the areas of tourism and agriculture.

According to Jackson, “We here at the ministry of tourism… understand the importance of sustainable tourism and (the importance) of taking measures and steps to go about combating the climate change phenomenon, likewise our stakeholders but the broader population may not fully grasp the concept and all of the difficulties and potential hazards that can be caused by climate change as well as the mitigation procedures that can be undertaken in order to combat these occurrences.”

The sustainable tourism officer is of the belief that social media use would be the most effective vehicle for such an awareness campaign as a larger proportion of society would benefit because it is youth driven.

“We need to focus more on our youth and not just at the tertiary and secondary level but at the primary and kindergarten age. If we get that engraved into their minds from an early age then we could influence the mindset of the new and upcoming generation,” he concluded.

Based on reports coming out of the seminar, the region may produce less than 1% of global greenhouse gas emissions; however we are most vulnerable to the negative effects of climate change.

Because of their geographical location, the islands in the Caribbean have low lying coastal areas, steep slopes, fragile marine eco-systems and are in directly within the hurricane belt.

Best practices that could be enforced are inclusive of the introduction of alternative energy solutions, enacting and enforcing stricter laws relating to land use and development, and a greater regional collaboration in an effort to combat the negative effects of the phenomenon that threatens small island economies.