Grenada Boys Showcase Their Talent at The Digicel Kickstart Clinics

Tuesday 7th April 2015 – Kingston, Jamaica: The Digicel Kickstart Clinics continues to unearth the best footballing talent the Caribbean has to offer as the Chelsea FC Foundation Coaches stopped on the ‘Spice Isle’ of Grenada, to train with the aspiring young footballers – who proved to be athletic and hardworking players.

The Chelsea FC Foundation coaches lauded the Grenada Football Association (GFA) for its unwavering support of the Kickstart programme and that it is doing all the right things as it relates to developing Grenada’s youth players. Chelsea FC Foundation Senior International Football Development Officer and Digicel Kickstart Clinics Head Coach, David Monk, said; “We have always appreciated the support from the GFA in selecting a group of youngsters to participate in the Clinics who always give their best during the training sessions. The boys were very athletic and worked hard throughout which is a key element on a team as you need players who will be able to keep possession of the ball during the game.”

At the end of the two-day Clinics, the coaches selected 15 year old Josh Gabriel, 15 year old Zarrel Phillip and 15 year old Rahim Benjamin as the top three players who will represent Grenada at the 2015 Digicel Academy. Also selected as the Wild Card pick was 14 year old Zion St. Cry.

He also recommended that more players should view coaching as an avenue to further their careers in football, he said; “There is still a lot more improvements to be made as it relates to helping the boys achieve their full potential as players. However, they should also consider coaching as another way to grow in the sport. We believe this thinking can be promoted even more with the implementation of coach mentorship programmes.

He concluded by saying; “These programmes will not only build interest and – hopefully a desire – in players to aspire to become coaches themselves but will also help to encourage seasoned coaches to pass down their knowledge and expertise to the younger ones who will then share their own experiences as players with their charges as they can relate more closely with the style of football that is being played now – which sees players being more creative, attacking, able to solve problems on the pitch and breaking down the opponent’s defensive line with flair.” 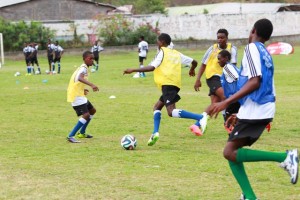 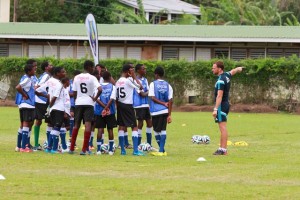 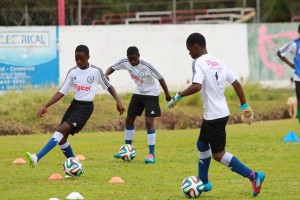