Grenada government concerned about treatment of Grenadian traffickers in Trinidad

ST. GEORGE’S, GRENADA, May 25, 2014 – GIS: The Grenada government has expressed concern about the financial losses incurred by Grenadian produce traders in neighbouring Trinidad as a result of a shut down of that country’s Quarantine Department. 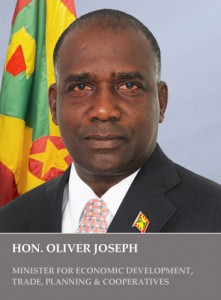 The Department is responsible for clearing goods but was unable to do so after president of the Public Services Association (PSA), Watson Duke, shut down the Department amid industrial action.

“I personally got involved in the matter with the Ministry of Trade and our office in Trinidad. The counsellor office went to the docks to speak to the traffickers,” said Grenada’s Minister of Trade, Oliver Joseph, in an interview with the Government Information Service (GIS).

“The captain of the boat reported to me that he was very very cooperative but there was nothing that could have been done while there was industrial action,” Minister Joseph said.

The Grenadian traders responded by staging a public protest, and calling for compensation, after being denied access to their goods.

They have also appealed to the Trinidad government for compensation since some of their items were perishable.

Grenadian traders quoted in the Trinidad media said authorities in Port of Spain should have alerted officials in Grenada of the industrial action at the port.

“We are greatly concerned about the situation and the cost to the traffickers as a result of what happened,” Minister Joseph told GIS.

“…and so, as a government, we try to intervene as much as we could but we understand the plight of the traffickers now that they have lost their entire shipment as a result of industrial action taken.”