Hon. Parry says all will be revealed in “shady” land deal

CHARLESTOWN,NEVIS (Monday, June 23, 2014)- Former Premier of Nevis, the Hon. Joseph Parry says all will be revealed in a “shady” land deal between a Senior Minister in the Concerned Citizens Movement (CCM)-led Nevis Island Administration and an Iraqi national. Allegations have been making the rounds and gaining air time on talk shows in both Nevis and St. Kitts, that a senior minister in the Nevis Island Administration has facilitated the sale of government land at Potworks Estate through a company he owns with his wife. 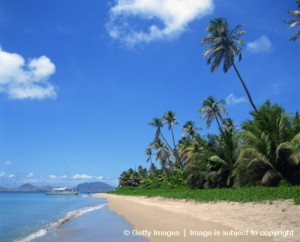 The Nevis Reformation Party (NRP) leader and opposition leader in the Nevis Island Assembly called in to the popular radio show, “Tell Me” on Thursday night on Choice Community Radio and told host Hon. Carlisle Powell that ten acres of Nevis land was being sold through a private company named Octagon Consultants and Services Limited to an Iraqi national for US$1.5 million.

The name of the contact person for the company Octagon Consulting can be seen on the Nevis Trust Limited website at: http://worldoffshorebanks.com/nevisoffshoretrust.php.

According to Hon. Parry, a Nevisian national initially approached the Iraqi to sell 5 acres of land in the vicinity of the Medical University of the Americas in the parish of St. James for US$1.5million. The Nevis Island Administration senior minister quickly arranged to sell the Iraqi national 10 acres of government-owned land for the same US$1.5 million through Octagon Consulting and Services Limited.

“A Senior Minister should not be selling land to an Iraqi/Iranian or anybody through a private company. It is wrong and the Minister should resign immediately! Isn’t this a form of bribery and conflict of interest?” questioned Hon. Parry

Parry concluded, “There are many questions to be asked about this land deal, and all will be revealed very soon!”