Despite some more hiccups, the Primary School Cricket championship for 2013, got underway on Friday 28th June. All of the teams scheduled to play for that day, were asked to report to the grounds at VOJN. 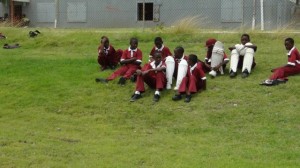 However, things did not work out as planned and so the first game was a game which was originally scheduled for a later date, as home team VOJN, engaged the Ivor Walters Primary School.

The VOJN team in response could only muster 43 for 8 in their 10 as they were mesmerized by the off spin of one of the females in the team, Martha, who got some purchase off the MICEY Wallace prepared track.

Matches will continue on Monday 1st July as follows: