(CNN) — Angelina Jolie stunned many people with an op-ed Tuesday describing her reasons for choosing to have a preventive double mastectomy. Her mother passed away at the age of 56 after battling ovarian cancer. Moreover, Jolie found that she had the BRCA1 gene, which significantly increases the lifetime risk of breast cancer. In fact, she reports that her doctors estimated that she had an 87% chance of developing breast cancer. 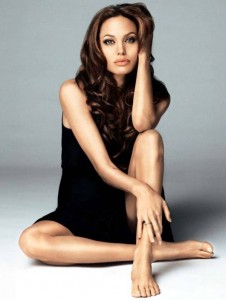 I have no doubt that this piece is causing many women across the country to think about their own health and chances of developing the disease. Thanks to many successful organizations, breast cancer awareness is at an all-time high in the United States. A person of Jolie’s stature publicly discussing such a personal and difficult decision will likely weigh on the minds of many women who have similar concerns. Breast cancer is a real disease, it’s not rare, and it can potentially strike almost anyone. I have no doubt that her op-ed in The New York Times will help many women who would not have considered this procedure to do so now.

In one sense, that is a good thing. There are legitimate and real reasons for some women to consider a preventive, or prophylactic, mastectomy. Some women who have had breast cancer in one breast elect to have a mastectomy of the other breast to prevent the cancer from spreading there. Some women, who have a family history of cancer, especially before age 50, might consider the procedure.