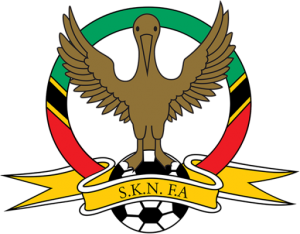 July 27th 2019 has been set as the tentative date for the start of the much anticipated inaugural SKNFA Super Six Playoffs. The St. Kitts and Nevis Football Association (SKNFA) made this decision in an Executive Committee meeting on Thursday June 13. The inaugural Super 6 Playoff was scheduled to kick-off on May 29, 2019 but was postponed pending the outcome of the court matter between SOL IAS Conaree Football Club and Delwayne Delaney (Applicants) and the SKNFA (Respondent). This court matter has affected the outcome of the final point standings for the playoffs.

In a letter to the Association’s member clubs, General Secretary of the SKNFA Stanley Jacobs said the decision to arrive at the new start date for the Super 6 Playoff took into account the SKNFA’s international competitions and commitments. He noted that the SKNFA has a very active international schedule for 2019. “St. Kitts and Nevis will host Group B matches in the Concacaf Women’s U20 Qualifiers – July 13th -21st at the Warner Park Stadium. The U23 Men’s Olympic Qualification is scheduled to take place in Jamaica July 17th – 21st, 2019. Additionally, St. Kitts and Nevis will host the CFU U14 Girls Challenge Series – August 5th – 10th 2019,” Jacobs said. “Again, the SKNFA wishes to assure our sponsors, partners, patrons, member clubs and other stakeholders that we are fully committed to ensuring that final stage of the National Bank Premier League is concluded in a timely manner,” the letter concluded.

The SOL IAS Conaree F.C. was sanctioned by the SKNFA in April after a violent incident involving one of its players. The player in question: Glenroy Samuel has been banned by the SKNFA from all football related activities and is also the subject of a criminal investigation for attempted murder. As a consequence, Conaree F.C. was docked 24 points and was handed down a transfer ban. The Club however challenged that decision in court.

On May 24, 2019, His Lordship Justice Eddy Ventose ordered that the 24 points deducted from SOL IAS Auto Conaree Football Club be restored, pending the outcome of substantive High Court matter. The SKNFA is contesting the court’s jurisdiction to determine this matter and has lodged an appeal against this interim order and filed a certificate of urgency requesting that the appeal be heard in an expeditious time-frame. “In the circumstance, the final standing in the Points Table of the SKNFA National Bank Premier League, which will determine the teams that will advance to the Super 6 Playoff, is not yet decided.