Miss Seniors Pageant –The Show of the Year

Charlestown, Nevis – Deputy Director at the Social Services Department, Miss Joyce Moven is convinced that the upcoming Miss Seniors’ pageant, will definitely be the ‘show of the year.’

She reflected on the first-ever seniors’ pageant which was held in 2017 and noted that that particular show was so well received that year that the general outcry was for it to be made an annual show.  She, however, pointed to the difficulty in getting participants for the show and also the emphasis by her department to vary the activities from year to year.

Miss Moven noted that her department had some difficulty in locating contestants for the show this year and so instead of a competition based on a Parish basis, it has now boiled down to an island-wide contest.

Based on the participants who have come forward however, Miss Moven is convinced that this will be the best show on Nevis for the year.  The participants are all well known throughout the Nevisian community and are all extremely talented. 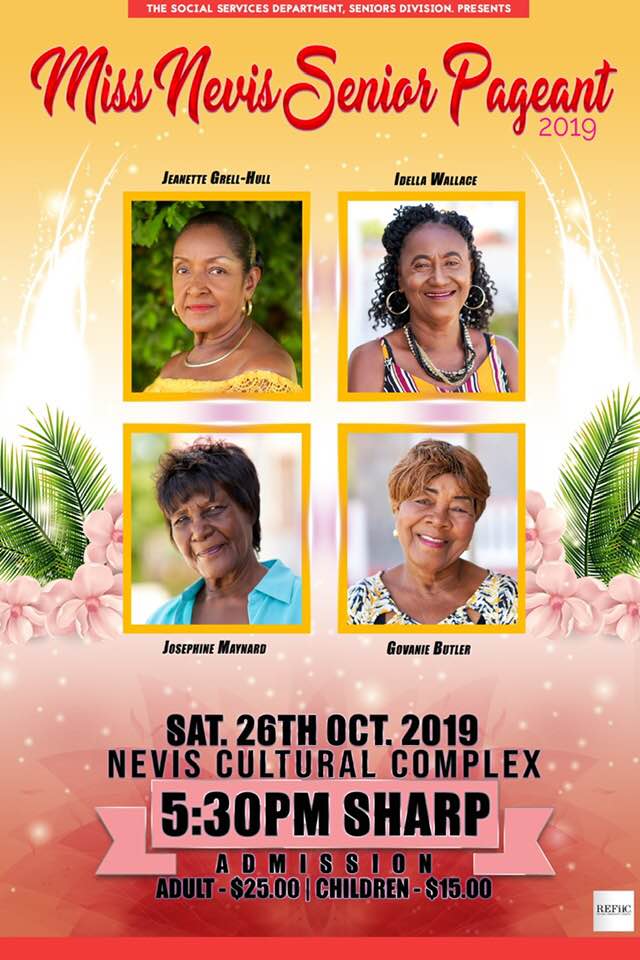 Do Not Wait to Vaccinate, CMO Laws Says as Campaign Hits 10th Week

Travel Advisory Extended for Travellers from Brazil, The United Kingdom and South…