By:Erasmus Williams
Basseterre, St. Kitts, May 23, 2018 – Embattled St. Kitts and Nevis Prime Minister Dr. the Hon. Timothy Harris is facing a new wave of calls for him to step down after his name was mentioned in an alleged bribery scandal.

Grafitti aimed at adding pressure on Harris to quit has appeared in several locations in Basseterre and its environs on Tuesday and Wednesday.

The scandal has already claimed one casualty, Antigua and Barbuda’s Minister of Investment and Trade, Hon. Michael Asot, who like Dr. Harris, is also named in a judgement in the British High Court, in which British property tycoon Peter Virdee is accused of bribing Harris and Michael and other Caribbean politicians. Michael tendered his resignation from the Cabinet of Prime Minister Hon. Gaston Browne.

Placard bearing demonstrators calling for Harris to resign stood outside Harris’ Church Street office on May 16 forcing him to stay away for several hours.

A protest demonstration in Basseterre is planned for Friday.

Virdee’s phone conversations with another businessman, Dieter Trutschler, in March 2016 were secretly intercepted by German law enforcement, and now excerpts from the recorded surveillance have surfaced in the United Kingdom High Court judgment.

In a 12th March, 2016 telephone conversation Peter Virdee told his business partner, that the Prime Minister of St Kitts, Timothy Harris, was visiting and he was taking him and his entourage to dinner that evening, followed by an after-party, “so be ready for a big bill, but in the interim he said he would like a nice watch.”

“He (Dr. Harris) called me this morning (Saturday 12th March, 2016) and he said ‘Have you got my watch?’ I said ‘Oh I have got to pick your watch up’…. I spoke to him last Saturday, last Sunday at the airport hotel when he was in transit to Dubai and he said ‘Look, I am in favour of this, I will send my minister down.”

Mr. Virdee continued his telephone conversation by saying: “I had a very stiff conversation with him, to the point. I said ‘Listen, you have got another 3, 3 and a half years. In 2 years’ time you are going to start your election campaign, you are going to come to me and say ‘Peter Virdee, I need some election funding’ and I am going to say ‘PM I can’t help you, if I have not earned anything from this country’ and then you are going to get upset and then we are going to fall out, so it is your call, how do you want to do this?’

The billionaire businessman continued: “I am going to have a very frank conversation with him (Dr. Harris), I mean as frank as I can get, and today’s conversation is going to be ‘Yes we are going to be in St. Kitts’ or ‘No, we are not going to be in that region’, simple, because I have not got time to go and entertain and go and meet him at airports and take him out for lunches and take eight of them out for dinner, and buy him a watch and buy him (Dr. Harris) this and buy him shoes. I haven’t got time for that. Now, I don’t mind nurturing a relationship, the guy is in power today.”

“Prime Minister Dr. Timothy Harris must therefore immediately resign and give a full accounting of what transpired between him and the billionaire business tycoon Peter Virdee,” said Dr. Douglas. 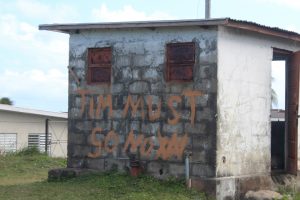 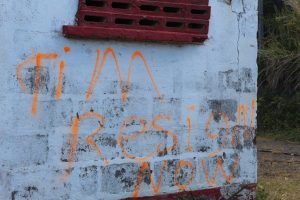 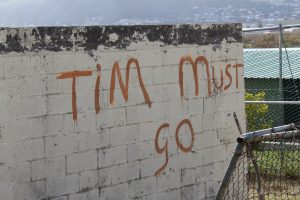