If this latest appointment goes through, it would be the fourth appointment of a non-national to head a major department on the island of Nevis under Premier Brantley’s led Nevis Island Administration. The other offices headed by non-nationals include: The Nevis Tourism Authority (NTA), NEVLEC and the Legal Department of the Nevis Island Administration.

Mr. Hector said he will give the Premier time to respond and then weigh-in further in a subsequent announcement.

Meanwhile, the general public and the various media houses are asked to read the attached letter and distribute it. 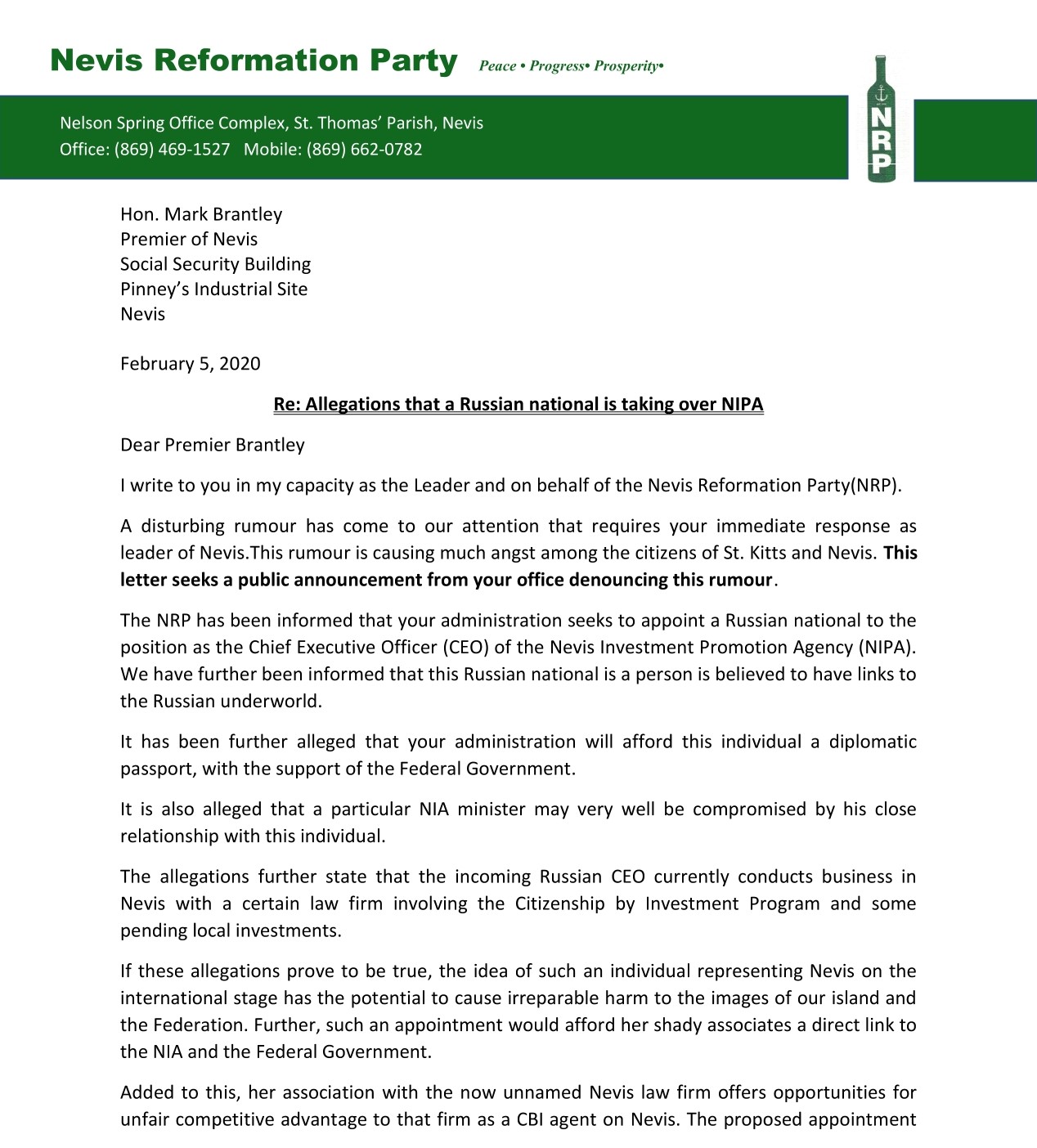 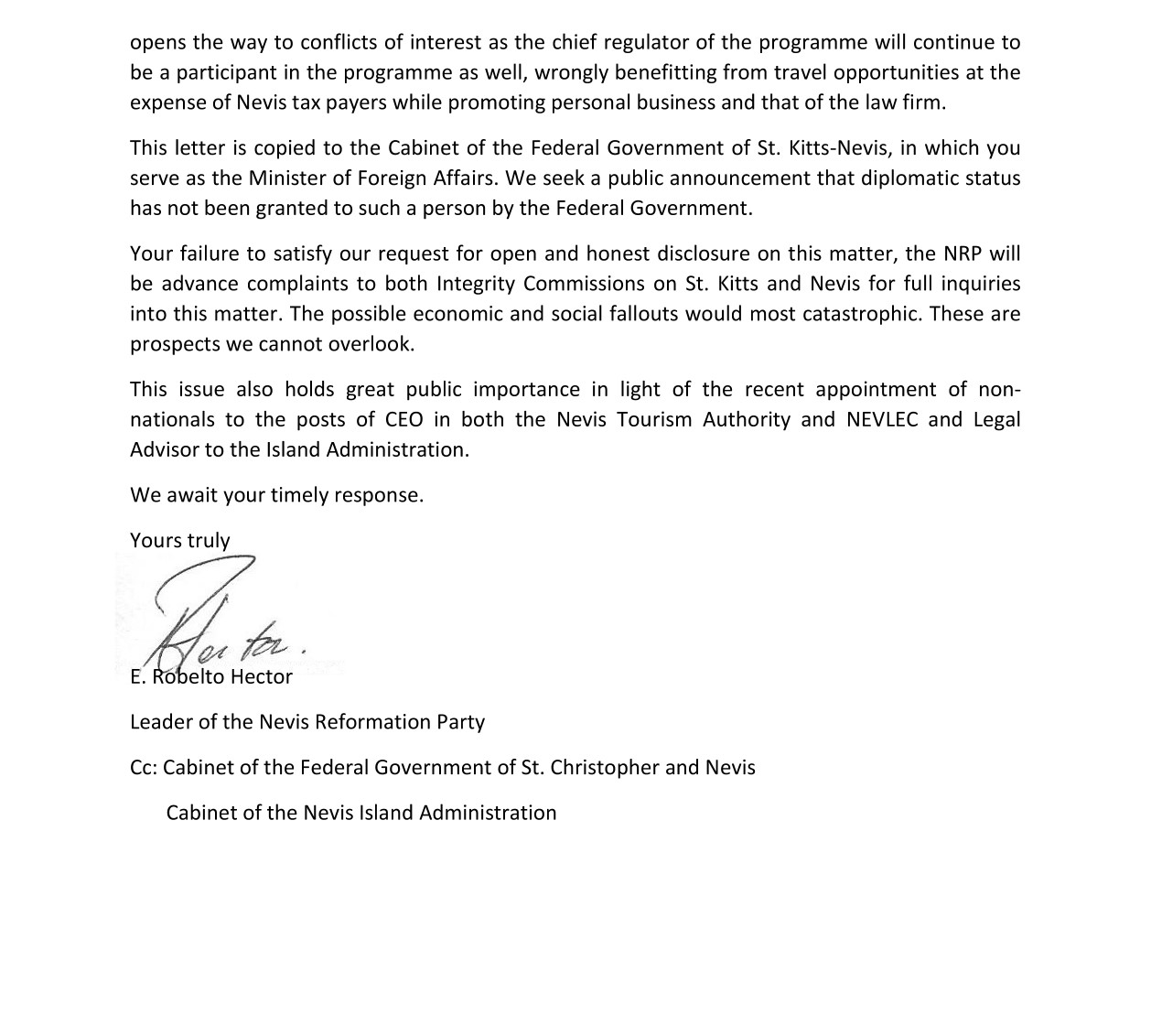 Match Report: West Indies Go Under to Pakistan In Warm-Up