The OECS Competitive Business Unit’s (CBU) Music Mentorship and Artiste Development Programme will feature a strong panel of well-known music professionals representing various aspects of the music industry in St. Kitts and Nevis, along with a guest presenter from Martinique.

The OECS Music Talk is a programme conceptualised by the OECS CBU that targets emerging musical talent in the OECS and connects musicians 30 years and under with well-established and experienced music professionals in a series of discussions across Member States.

Each Music Talk programme highlights the contributions and celebrates the achievements of some of the region’s leading musicians, who will serve as mentors to the young musicians. The programme hopes to stimulate emerging musicians to pursue careers in the music business and to find pathways to success through mentorship and artistic development.

In commenting on the event, Vernalderine Francis, ROOCOO Co-Owner who is also a founding member of SKNAPA and Chairperson of ECCO remarked:

“We firmly believe that Music Talk will contribute to inspiring our young musicians, and music professionals in general, to examine how they conduct their business and to look at new ways to produce and market quality music to the region and the world.”

“We are also extremely pleased that we will be joined by veteran Martinican producer, Fred Jn. Baptiste, who will speak on his experience working in that market. We are hoping that Fred will join us in March to work with our producers and to provide skills and knowledge to help 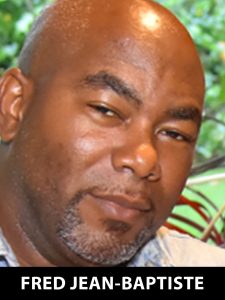 them with their music production as well as to learn how to create music to target the French West Indies market.” 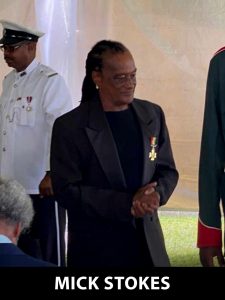 The St. Kitts and Nevis Music Talk will feature six of the island’s top music professionals in the persons of Michael “Stokes” Hyliger, Collin Wyatt, King Socrates, Gregory “Mr Mention” Hobson, Azem “Royal” Bailey and Hansil “Richie” Buntin. Martinican music producer Fred Jn. Baptiste, is the featured speaker and will speak on the development of the music industry in the French West Indies.

Michael “Stokes” Hyliger or “Mic” has had a musical career spanning over 40 years. He is a founding member of G.I.’s Brass International. Mic won the Road March title on two occasions, he has written over 95 songs, and still plays and holds a drum and vocal classes. Mic is also the host of National Showcase and Co-host of Radio Market with Jazzy D on ZIZ Radio. Additionally, he is now a Royaltiez Member.
Colin Wyatt is a singer/songwriter and performer extraordinaire who has ignited stages in St. Kitts and Nevis for close to two decades. First, under the moniker C-Money, he produced hits like Country Above Self, My Wish, Forever Yours, Life So Real, and many other songs which often chronicled his tough upbringing but everlasting love for his community and country. In 2010, he opened for one of his favourite headliners, Sizzla at the St. Kitts Music Festival, much to the delight of thousands of concert-goers. His 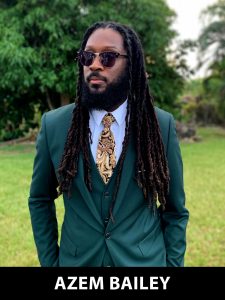 sound has traditionally been an eclectic mix of dancehall, Reggae, R&B and Hip-hop – a style which he defines as “Dance Soul”. Colin has also dabbled in the Soca arena, earning a 3rd runner up Soca Monarch title for his song “Carnival Sweet” with Rucas HD. However, around 2013 he dropped the “C-Money” label and has reemerged simply as himself, Collin Wyatt.
King Socrates is easily the most popular socio-political commentator in St. Kitts and Nevis, having garnered seventeen crowns that range from the “Buy Local” Crown, Federation Crown, Leeward islands Crown, The King of Kings Crown and is still the reigning Witty Calypso Monarch. This tall, charismatic singer, songwriter, bandleader, calypsonian and well-rounded entertainer has been the featured act, on many stages across the globe. He most recently appeared at the London Tabernacle during the Notting Hill Carnival. King Socrates founded the Legends Calypso Tent in 2000 and this has become one of the staples of the annual carnival calendar on St. Kitts and Nevis, where well over 30 of the sixty competitors who take part in the Calypso Competition, get exposure in preparation for the Calypso Monarch Competition. In 2019, King Socrates was honoured by the Government of St. Kitts and Nevis with the Medal of Honour, for his contribution to the development of culture, especially in the field of calypso. 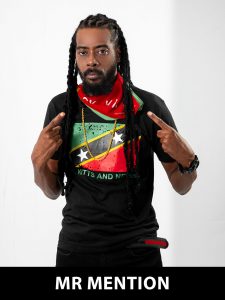 Gregory Hobson, performing as Mr. Mention, joined the NyVybes Band International, also known as, De Sugar Band in 1989, two years after the Band’s inception. Mr. Hobson performs the roles of lead singer, songwriter and arranger. His repertoire includes genres such as calypso, dancehall, soca, reggae, jazz and R&B. He has consistently utilised and blended traditional Caribbean rhythms with popular beats of Caribbean music to produce a special sound that is his hallmark. As a music ambassador of St. Kitts and Nevis, Mr. Hobson toured France and England, delivering outstanding performances at MIDEM ’99 in Cannes, France. He has also performed in cities such as London, Leeds and Manchester in the UK; Toronto, Canada; New York, Atlanta, Miami and Boston in the USA, as well as several Caribbean countries and territories. The five-time St. Kitts Road March creator won the Caribbean Grammy Award in the category for Best Soca at the 13th Annual Reggae/Soca Music Award, held on 27 May 2006 at the Broward County Center for the Performing Arts in Miami, Florida, USA. The win was shared with well-known Barbadian band, Krosfyah, the joint winner with the NuVybes Band International. As a songwriter and arranger, Mr. Hobson began a steady rise in musical popularity with the penning of the soca hit, ‘Sugar’. His production of the ‘Sugar’ album solidified the NuVybes Band International as one of the leading soca bands in the Caribbean. Mr. Hobson and his band have performed multiple times at the St. Kitts Music Festival.

Azem “Royal” Bailey is a graduate from Full Sail University in Orlando, Florida with a Bachelors’ Degree in Show Production and Touring. Azem has worked as a sound engineer for the St. Kitts Music Festival, St. Kitts Carnival (Sugar Mas), Heineken Regatta, Anguilla Carnival, St. Thomas Carnival, Moonsplash, Into the Blue, St. John’s Carnival and the Commonwealth of Dominica’s Carnival. Azem has served as the Music producer for various local artists and the production manager for several events including the all-inclusive Inception Fete. He is also a musician and plays various instruments including keyboard, bass and drums. He has used these talents as part of several groups including The Royaltiez Band and Untitled.
Hansill “Richie” Buntin burst on the St. Kitts Music scene in the early 1980s at the tender age of 14, as a guest artist for the SPODAC, Dynarama, Easter Festival Queen Show, held in his hometown of Sandy Point. He relocated to The USVI and in a short time was asked to join the Caribbean’s famous band, Mandingo Brass. After one year with Mandingo, which now had a name change to Session International Brass, Richie relocated to the US mainland – first, to Atlanta then to New Jersey. Richie then joined one of New Jersey’s up-and-coming bands, the Dimension Band and has travelled extensively with the 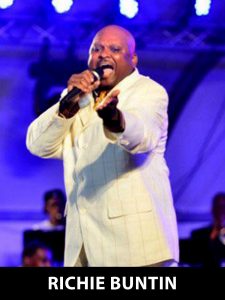 Dimension Band for 30 years while also maintaining a solo career. Travelling to Japan, Turkey, Germany, Villa France, Marseille France, Barcelona, Rome, Bermuda and many other countries and states in the USA. Along the way, he and the band have been the opening act for many famous artistes such as Gladys Knight, Patti La Belle, GQ, Sinbad, DL Hugley Tommy Davison, Bobby Blue Bland, Ashanti, Blue Magic and many more. Richie became the first Party Monarch for St. Kitts and Nevis now called Soca Monarch. Later he was also crowned the St. Kitts and Nevis National Calypso Monarch and the Leeward Island Calypso Monarch. Richie has written and produced for many other artistes.
OECS Music Talk is part of the CBU overall programme to enhance the competitiveness of the creative industries sector and to provide support to MSMEs in the sector to increase their exports of creative goods and services to global markets. 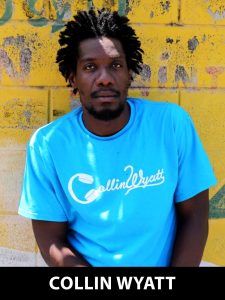 being undertaken by the CBU in an effort to help inspire a new generation of musicians to realise their dreams to become music professionals. The programme hopes to stimulate emerging musicians to pursue careers in the music business and to find pathways to success through mentorship and artistic development. Phase two of the programme will focus on a more structured mentorship programme with mentees in each member states being offered with critical advice, guidelines to building their music careers and new knowledge to encourage them to develop proper habits and professional approaches to becoming successful musicians. The third phase will involve a coaching programme for a select group of mentees drawn from across Member States where they would receive coaching and artistic training from skilled music professionals. The third phase will also attempt to develop the necessary skills in these emerging musical talents to prepare them for the regional and global music markets.