Basseterre, St. Kitts, February 15, 2018 (SKNIS): At the Official Opening of the National Information Communication Technology (ICT) Centre on February 15, Prime Minister Dr. the Honourable Timothy Harris praised the Ministry of National Security for its advancements in the fight against crime through the use of technology.

“We are a modern government with a progressive agenda that puts the people of St. Kitts and Nevis first. During the three years since we’ve been in office, the Team Unity Government’s steadfast approach to maximizing the use of ICT’s has yielded steady gains and strong performance,” said Prime Minister Harris, as he noted that his administration is making great strides in modernizing the government’s technology infrastructure.

He noted that the Ministry of National Security has embarked on a multi-million dollar Motorola radio project that will enable GPS tracking capabilities, and that drones will now be used in the crime reduction efforts in the federation.

“The Team Unity’s approach to crime fighting in this respect has received high praise from the Regional Security System (RSS),” said Dr. Harris, while noting that the RSS has a keen focus on using technological advancements in fighting crime. He also noted that members of the Police Force had the opportunity to visit the RSS headquarters to be trained in the use of drones.

Prime Minister Harris said that the advancements in technology that the federation continues to make, makes it “a model they [Caribbean] must emulate.” 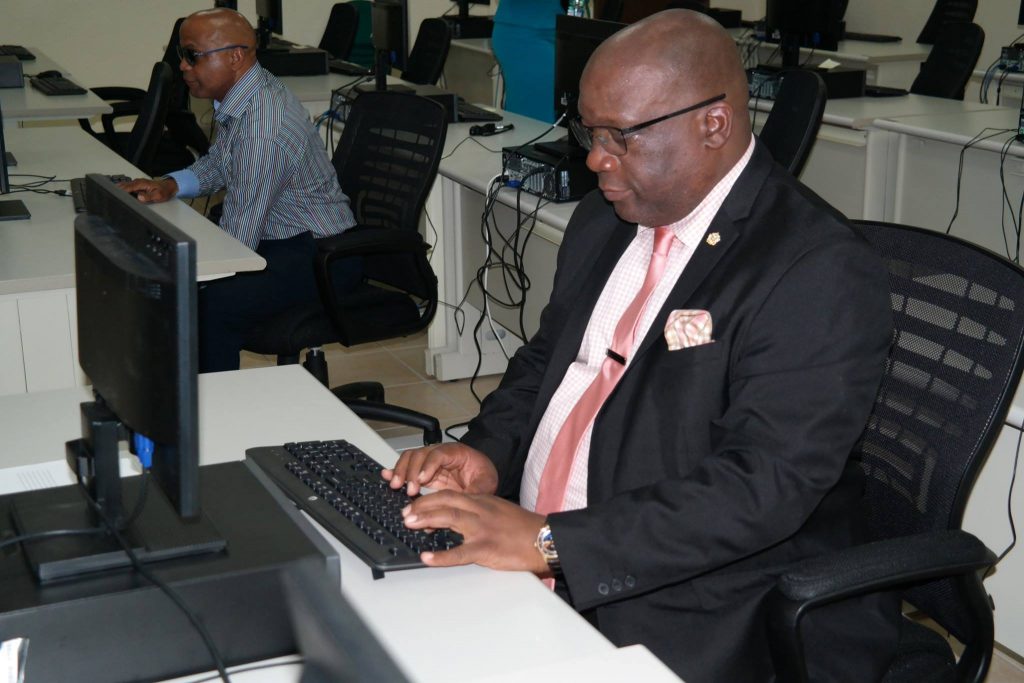