In a national broadcast on May 9th, Prime Minister Harris referred to the St. Kitts and Nevis Citizenship by Investment Programme as “the platinum standard of the global industry.”

But at a news conference on May 10th, less than 24 hours after his national broadcast, Prime Minister Harris stunned stakeholders when he told journalists “the time will come in the not too distant future where we can as a people reach that level of development that we can easily exit from this programme.”

Responding to the position by PM Harris, Ms. Liburd told listeners to Wednesday’s “Issues” programme on Freedom 106.5 FM and Kyss 102.5 FM: “Something is not adding up here.”

She further noted Dr. Harris’ statement on the CBI in the 2017 Budget Address in December 2016 in which he stated that the Citizenship by Investment (CBI) Programme continues to serve as a major catalyst for stimulating growth in the economy and that there is still good scope for the CBI Programme to continue to yield substantial benefits to the economy and people of St. Kitts and Nevis.

“Five months after the Budget, we are now hearing, in (Donald) Trump-like fashion that the CBI programme is to be phased out. Is this another deception on the part of the prime minister,” asked Liburd, who said stakeholders were shocked by the statement.

She said the comment from Prime Minister Harris, who has responsibility for the CBI, will drive away potential investors.

“The investors will look elsewhere. There is uncertainty, there is instability,” said Ms. Liburd, who further indicated that the statement will also create much concern for the developers of existing projects and those still under construction.

Accusing Prime Minister Harris of gross incompetence, Ms. Liburd said that after over two years in office, the Team Unity Government has not attracted one foreign direct investment to St. Kitts and Nevis.

“He does not know how to do so. Dr. Harris has no alternative for stimulating the economy. He has no vision. He has no foresight and all the construction projects initiated by the past Labour Government are fast coming to an end,” she said. 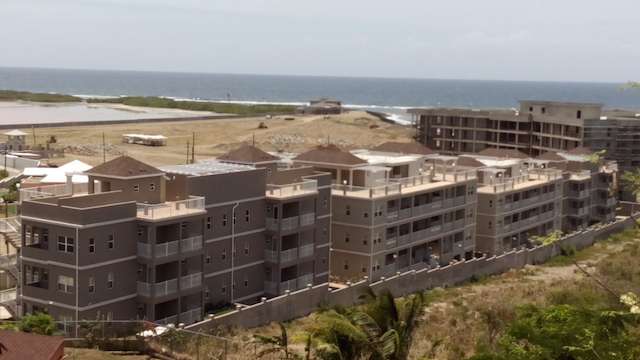