BASSETERRE, ST. KITTS, March 26, 2018 (PLP PR Media Inc.) — The church is experiencing a phenomenon where it is dividing with new churches coming up, and Senior Pastor Lincoln Hazell of the Apostolic Faith Mission Church is appealing to the body to borrow a leaf from the Team Unity Government.

“Today I always tell the church, learn from Team Unity,” said Pastor Hazell. “If we work together we can get a lot of things done. You see, the politicians are uniting – the church is dividing.” He observed that anybody who wants a church and who wants to be a pastor they break away and set up a new church.

He however noted that the People’s Action Movement (PAM), the Concerned Citizens Movement (CCM), and the Peoples Labour Party (PLP) put away all the pride and all seniority and decided to join and form the Team Unity Movement as they would have been assured of a win only if they came together.

The Peoples Labour Party held its second National Convention on Saturday March 24 at the Patsy Allers Playing Field. The entire National Executive was re-elected unopposed, and according to Prime Minister Harris, Deputy National Political Leader Senator the Hon Akilah Byron-Nisbett recommended that they thank God by worshiping at the church.

Congratulating the PLP for celebrating its third year by holding its second national convention, Pastor Hazell said that he had known Dr the Hon Timothy Harris for many years, stating that even when he worked in the previous government he always talked of people working together. He told his congregation that Dr Harris was the architect of Team Unity.

When invited to address the congregation, Prime Minister Harris said the church is an important institution which must continue to give the powerful message about the love of God. He noted that the message of God’s love is still missing which means there is ample room for Sunday Schools to grow, and for the church to go out in the alleyways and the byways doing the work of God as it is the church that anchors the society with its values.

“As the leader of the country I recognise that it is important for me to publicly proclaim the church and its role in society to give encouragement and support to those who are the workers of the Lord on earth, so that the country can be blessed,” said the Prime Minister.

Pastor Hazell had earlier invited the Hon Akilah Byron-Nisbett to worship by way of song. Before she made a powerful rendition of ‘Still’, she said: “We are focused on the many blessings that God continues to bestow on us as a party, as Unity, and as a country as a whole. I know God’s guidance and protection will always be with us no matter what.”

Prime Minister Harris made a request for Ms Marsha Lewis, a PLP constituency branch official, to render a song which opened the floodgates as the spirit of God filled the church and hearts of all present. After her rendition, other PLP constituency branch officials Mr Glenville Mills, Mr Dwight Burke, Mr Ericson ‘Wixie’ Wescott, and Ms Petrona Thomas, requested and were allowed to sing.

As Pastor Hazell was getting ready to proceed with the service, Ms Shirmel Welcome a member of the PLP Constituency Number Seven Women’s Group rose and noted that she would have rendered the song ‘I thank you Lord for another year’. But in the interest of time, even though she had been given the mike and was on the pulpit, she did not perform.

The service was led by Mr David Swanston Sr., while three junior church members, Miss Angel Samerro, Miss Davernika Swanston, and Master David Swanston Jr. made up the junior praise team for the service. Pastor Hazell’s sermon was based on Matthew 4: 21-22 and was captioned, ‘Mending your nets’. 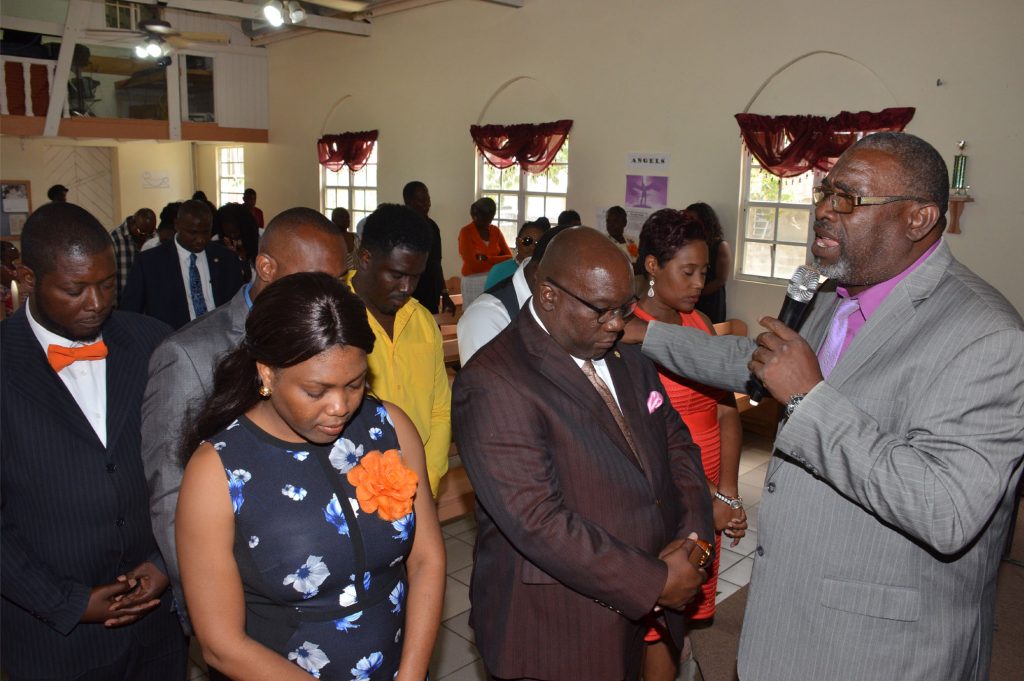 1: Pastor Lincoln Hazell lays his hand on PLP National Political Leader and Prime Minister, Dr the Hon Timothy Harris, as he blessed the PLP and its National Executive. 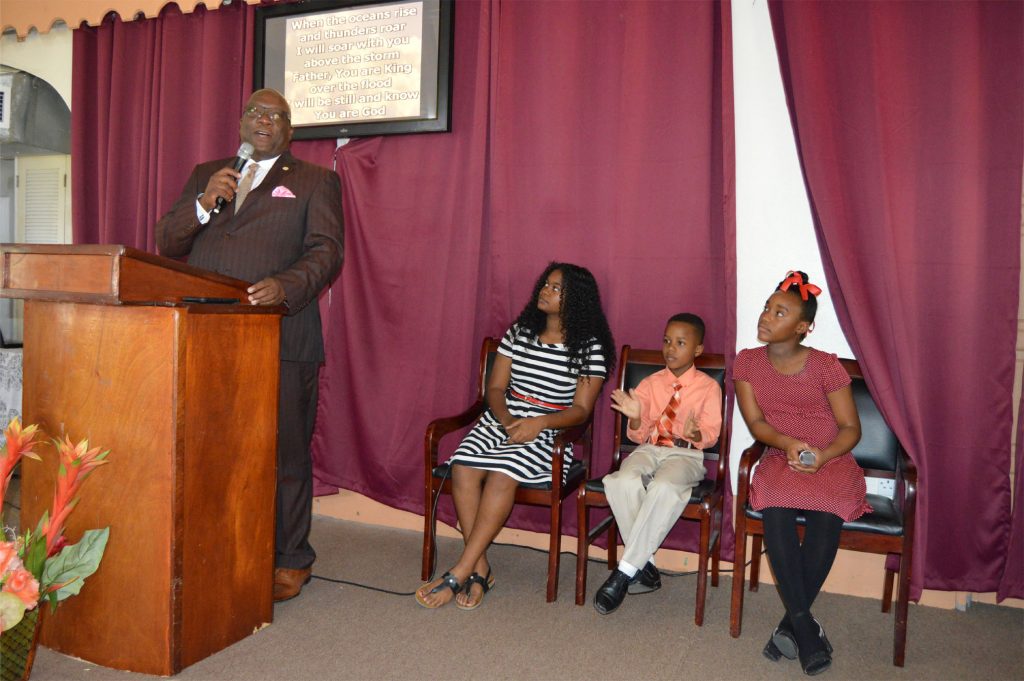 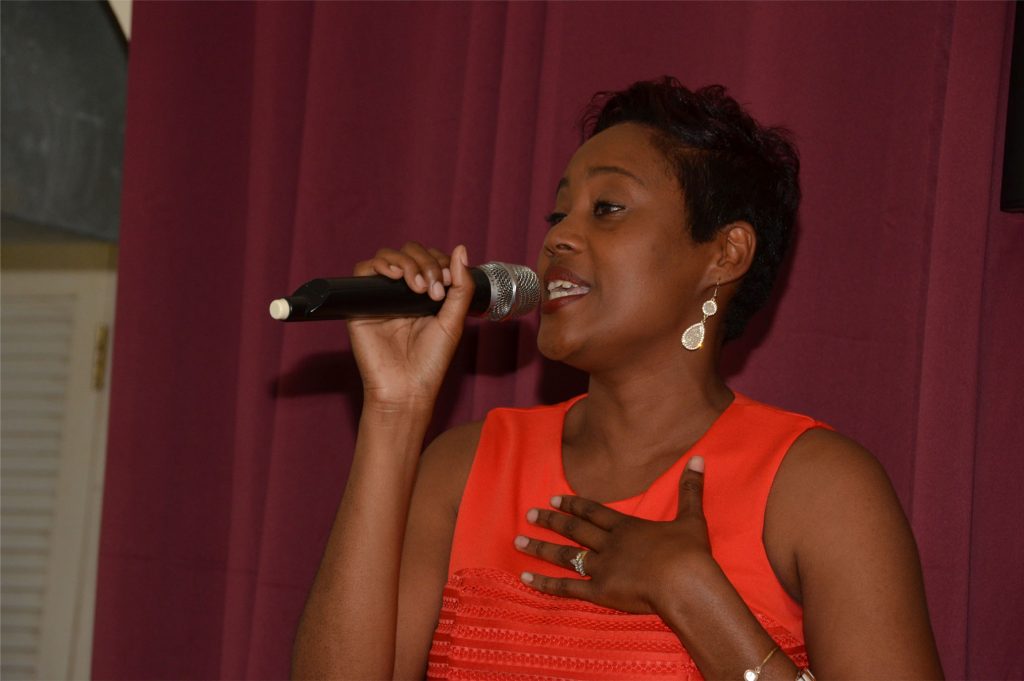 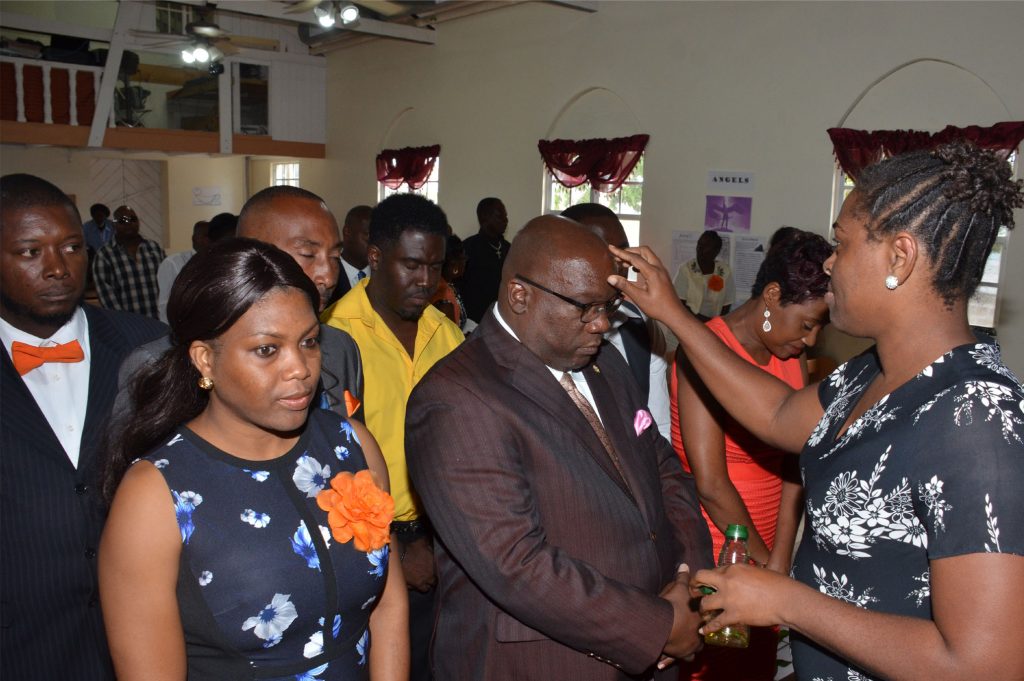 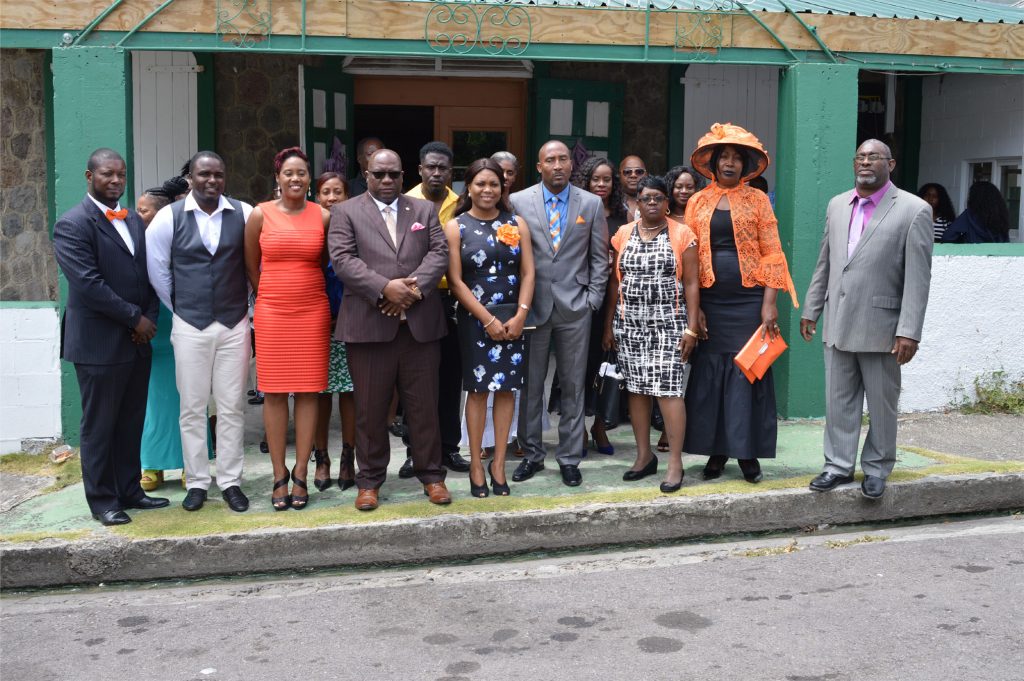 5: PLP National Political Leader and Prime Minister, Dr the Hon Timothy Harris and members the PLP National Executive pose for a group picture. Pastor Hazell is on the right.