BASSETERRE, ST. KITTS, JUNE 18TH 2013 (CUOPM) – St. Kitts and Nevis’ Prime Minister the Right Honourable Dr. Denzil L Douglas has reiterated the support of his Government for the deepening of the economic integration process with the coming into force in January 2011 of the Revised Treaty of Basseterre which provides for the establishment of an Economic Union. 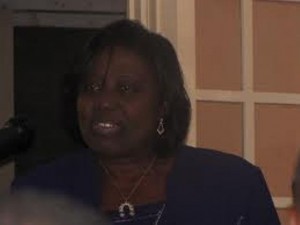 On the occasion of the 32nd anniversary of the sub-regional integration movement, Prime Minister Douglas joins with the Chairman of the OECS Authority, the Prime Minister of Antigua and Barbuda, Dr. the Hon Baldwin Spencer in lauding the citizens of the OECS for embracing this bold step that seeks to ensure that the small island developing states of the Eastern Caribbean are better positioned to face the challenges emanating from the developments in the international community that threaten their fragile and vulnerable economies.

According to Prime Minister Douglas the OECS grouping will endeavour to take advantage of the opportunities for achieving economic expansion through economies of scale to support growth in industry and commerce in the single economic space of the Economic Union.

In celebration of OECS Day the Chairman the OECS Authority, Dr. the Hon Baldwin Spencer in delivering the address to the Member States of the OECS commended the citizens of the OECS for the achievements that have been recorded over the years through their courage and solidarity.

St. Kitts and Nevis’ Commissioner to the OECS, Her Excellency, Mrs. Astona Browne, noted that the Federation is forging ahead in fulfillment of its obligations under the Revised Treaty of Basseterre.

According to Commissioner Browne, the Freedom of Movement Regime has been progressing well for citizens of the OECS as far as St. Kitts and Nevis is concerned.

Citizens of the OECS can travel through the region on a valid government issued ID other than a passport; they have the right to remain indefinitely in the Member States of the OECS and work, if there are no security concerns; they are free to drive using their valid driver’s permit issued in their country of origin.

Other organs under the Revised Treaty of Basseterre the OECS Assembly with representation from national Parliamentarians as well as the Economic Affairs Council which has oversight for the Economic Union.

Today, the Federation of St. Kitts and Nevis joins the other Member States of the Organization of the Eastern Caribbean States (OECS) in commemorating 32 years since the establishment of this regional body on 18 June 1981 by the original Treaty of Basseterre.