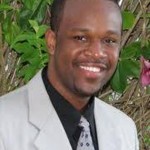 “I welcome today’s statement from the Branch via the Party Secretariat,” said Prime Minister Douglas as he returned to his hotel room after attending the closing session of the Clinton Global Initiative.

The West Basseterre Constituency Branch of the St. Kitts-Nevis Labour announced that a Special Branch Meeting to introduce Konris Maynard will be held on Thursday, October 3rd.

“It will be held in the heart of the constituency at the Twilight Zone Conference Hall which is located at the Lime Kiln Industrial and Commercial Park. The meeting is scheduled to begin at 7:30p.m.,” said Mr. Terry Williams.
He explained that the special Branch Meeting is an opportunity for the new candidate to formally introduce himself to constituents and to share his vision for the Constituency and to thank all concerned for the confidence reposed in him to become the next Parliamentary Representative of what is popularly known as the West Basseterre Constituency.

“The Branch extends a warm invitation to all Constituents,” said Williams.
In July, the National Executive of the St. Kitts-Nevis Labour Party through its Candidate Selection Process, approved the nomination of Maynard, an Electrical and Computer Engineer and the undefeated reigning six times crowned Calypso King of the Federation.

From as early as the first week in September, Maynard, of West Basseterre’s Mattingley Heights, had been actively meeting and greeting residents throughout the length and breadth of St. Christopher #3.