PORT-AU-PRINCE, Haiti — Allegations that a man died after being beaten by the police as he took part in a protest against an arson attack on a camp for displaced people in Haiti’s capital Port-au-Prince must be thoroughly and impartially investigated, said Amnesty International. 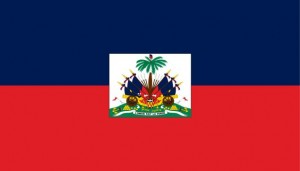 Civil Merius, a resident of the camp, was reported to have been beaten as he was detained by police on Monday after protesting about the arson attack, and the failure by the police to respond to the incident. He later died while in police custody.

Another camp resident, Darlin Lexima, who told Amnesty International that he had not taken part in the protest, was beaten and then taken into custody. He was released without charge on Tuesday afternoon.

The arson attack occurred less than 48 hours after the alleged owner of a portion of the land where the camp is located told the residents that he would “use all possible means to evict them.”

“This terrible event is proof of the consequences of continuing forced evictions in Haiti,” said Javier Zúñiga, a special adviser for Amnesty International. “The Haitian authorities need to carry out a full, prompt, impartial and independent investigation into the death of Civil Merius, the beating of Darlin Lexima, the arson attack and the threats of forced eviction.”

Amnesty International has learned that the victims’ lawyer is particularly concerned about the ability of the Haitian justice system to investigate the killing. In previous months, autopsies, following suspicious deaths, could not be performed due to a lack of human and material resources.

“Unfortunately this incident is emblematic of the situation of powerlessness in which thousands of people still living in displacement camps find themselves. It is crucial that the Haitian authorities use all the available resources to investigate this incident in accord with international standards”, said Zuniga.

The arson attack began at approximately 2 am on Monday when a group of unidentified individuals on motorcycles tried to set fire to Camp Acra et Adoquin Delmas 33, a temporary camp that, according to the residents, is home to more than 30,000 people in the Port-au-Prince municipality of Delmas.

Around seven tents were set alight, but residents managed to put out the fires and no one was injured. The residents then went to the nearby police station in Delmas 33 to request police assistance. After the police officers refused to accompany them claiming lack of resources, a spontaneous protest started.

Amnesty International delegates, who are currently in Haiti, spoke to witnesses who confirmed the story. They spoke to Darlin Lexima, while he was in police custody, and noticed that he had several bruises on his chest, cheek and left ear. His right arm was also swollen.

The delegates are in Haiti for the launch of a comprehensive report on forced evictions taking place in displacement camps in Haiti, where victims of the 2010 earthquake are still living. The report will be published on Tuesday 23 April.