ST THOMAS, USVI — Governor John de Jongh confirmed on Saturday evening that the government of the US Virgin Islands and the owners of the HOVENSA refinery on St Croix have reached an agreement that will govern a 14-month sale process of the refinery’s assets on the island’s south shore.

De Jongh said he was pleased that negotiations, which began back in August 2012, have concluded with the owners of HOVENSA agreeing to submit to a sales process. 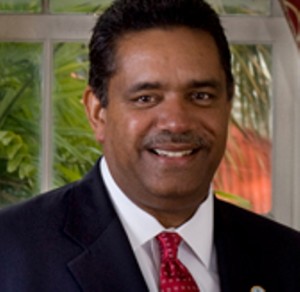 “I view this as a significant step forward towards our goal of seeing if we can find a new owner who will re-open the refinery thus providing jobs on St Croix and economic stimulus to our entire community. Our negotiations with the refinery’s owners have been long and difficult, but seeing if we can get the refinery reopened has been important to me and to many in our community,” he said.

“Over the last few days, attorneys for both the owners of the refinery and the government have finalized the terms of the process that will govern the sale. Our agreement assures us that will retain some of the benefits presently in place, such as the continued sale of fuel from the HOVENSA truck rack, even as the sale process goes forward. The agreement will also permit HOVENSA to operate as an oil storage terminal during the sales process period,” de Jongh said.

The agreement that has been negotiated is entitled the Fourth Amendment Agreement. A summary of its key terms includes:

• The sales process will begin upon the Senate’s ratification of the agreement;

• The sales process will not exceed 14 months from the date ratified by the Senate;

• HOVENSA will make available storage for fuels sufficient to meet the needs of St. Croix through August 2019 or so long as HOVENSA is operating an oil storage terminal;

• HOVENSA will invest a minimum of $500,000 annually in career technical and scholarship programs for so long as the terminal is owned by HOVENSA; and

• HOVENSA will provide the University of the Virgin Islands with access to the HOVENSA Training School.

As part of the agreement, the Government has agreed:

• To suspend HOVENSA’s obligation to bid on the WAPA fuel supply;

• To reduce HOVENSA’s obligations for payment in lieu of property taxes to $7 million annually commencing October 1, 2013 for so long as HOVENSA is operating an oil storage terminal but not later than September 2019 after which it will return to $14 million annually. If the refinery is not sold or if HOVENSA ceases to operate an oil storage terminal or on before August 2019, whichever is earlier, HOVENSA will make to the Government a lump sum payment of such amount as is necessary for the Government to recoup all payments foregone.

Legislative approval is required as the proposed Fourth Amendment Agreement represents a modification to the existing Concession Agreement which runs through 2022.

Terms of the agreement requires that the sales process be managed by an investment banking firm, which must retained by HOVENSA’s owners no later than 10 days after the agreement is ratified by the legislature.