Basseterre, St. Kitts, February 22, 2018 – Opposition parliamentarians and supporters in St. Kitts and Nevis descended on Government Headquarters in downtown Basseterre Wednesday to protest the dictatorial actions of the controversial Speaker Hon. Michael Perkins over the past three years.

The stepped up campaign to protest the stifling of democracy by Speaker Perkins, also highlighted the high-handedness and abuse of the National Assembly by Prime Minister Dr. Timothy Harris for convening a session of the lawmaking body with no public business down for debate on the Order Paper. 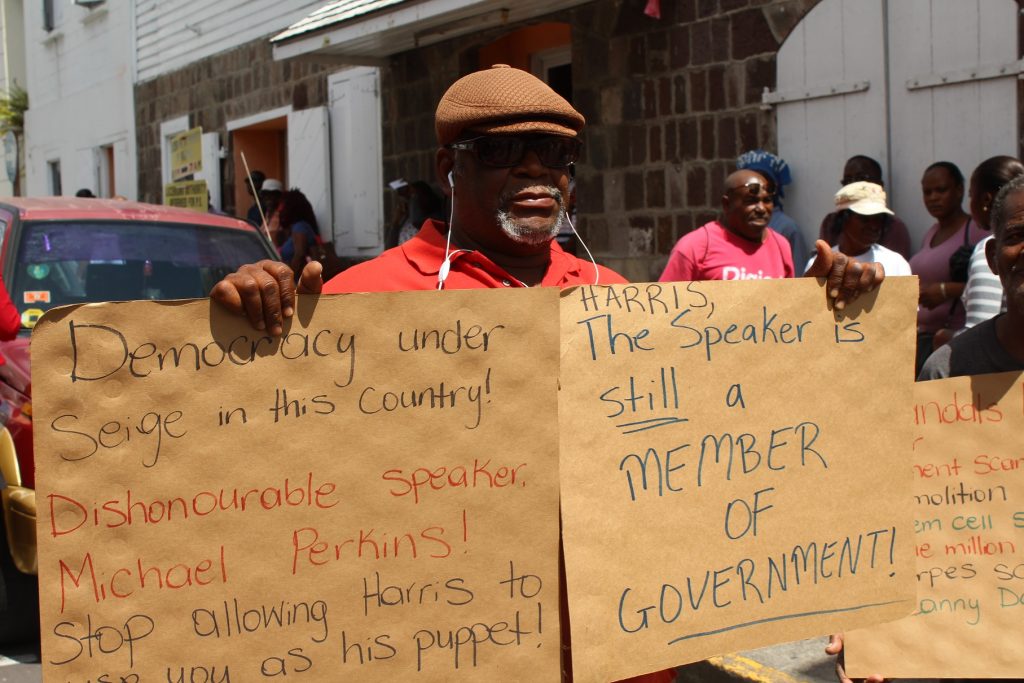 Led by Leader of the Opposition, the Rt. Hon. Dr. Denzil L. Douglas, the parliamentarians marched from Masses House to Government Headquarters where the National Assembly was in session. 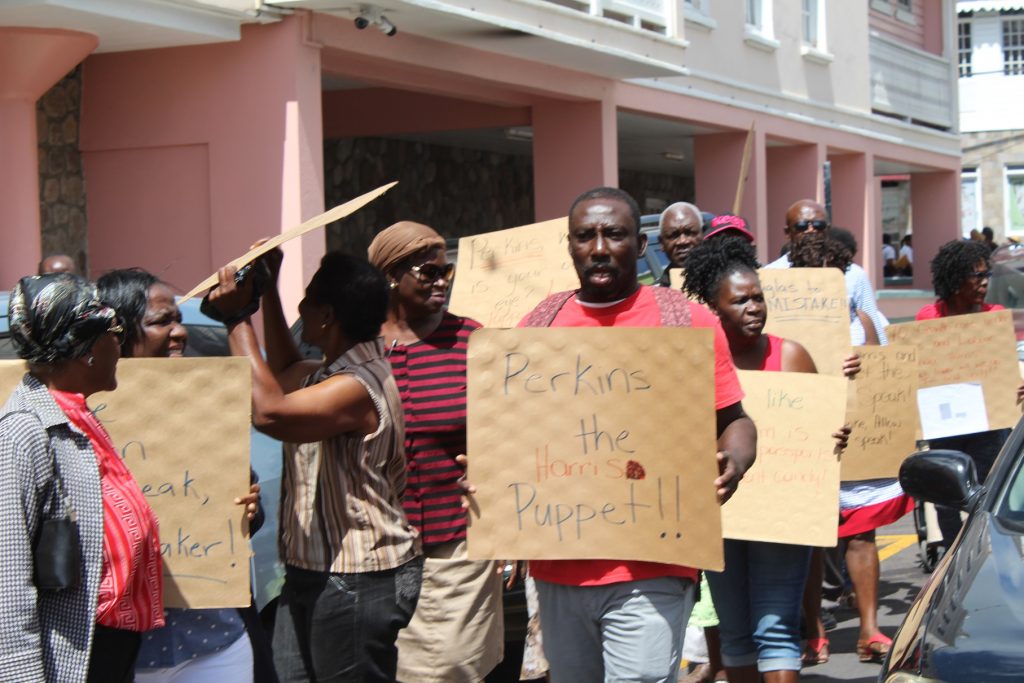 Scores of persons showed their support by standing on the sidewalks, drivers stopped to tell Dr. Douglas and the parliamentarians of their support; drivers blew their car horns as they drove by and cruise ship passengers took photographs and selfish with the demonstrators in the background. 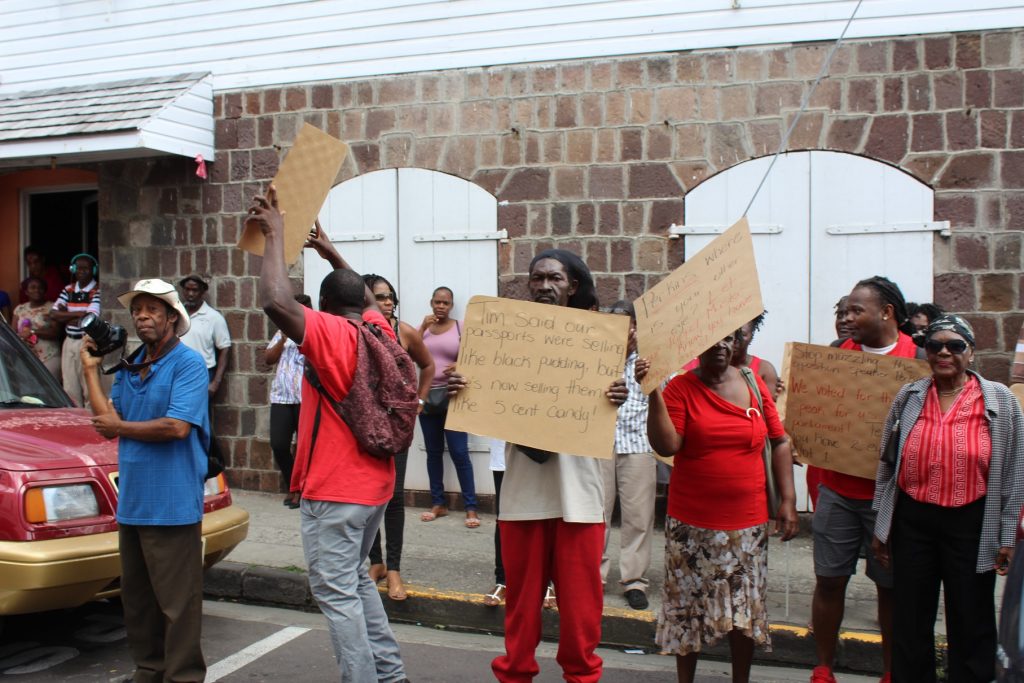 The demonstrators carried placards bearing several messages: “We need a competent Speaker; Perkins Move”; “7 percent Growth under Douglas and Labour; 1.92 percent under Harris. How much lower can we go under Tim and Unity?” “Let the Opposition Speak Mr. Speaker”, Stop muzzling the Opposition Speaker Perkins! We voted for them to speak for us in Parliament. Tell Harris you have 2 eyes not 1;” “Democracy under siege in this country. Dishonourable Speaker Michael Perkins. Stop allowing Harris to use you as his puppet.”; “Perkins, the Harris puppet!;” “Tim said our passports were selling like black pudding but he now selling dem like five-cent candy”; “Tim why are you afraid to allow the entire opposition o speak.” 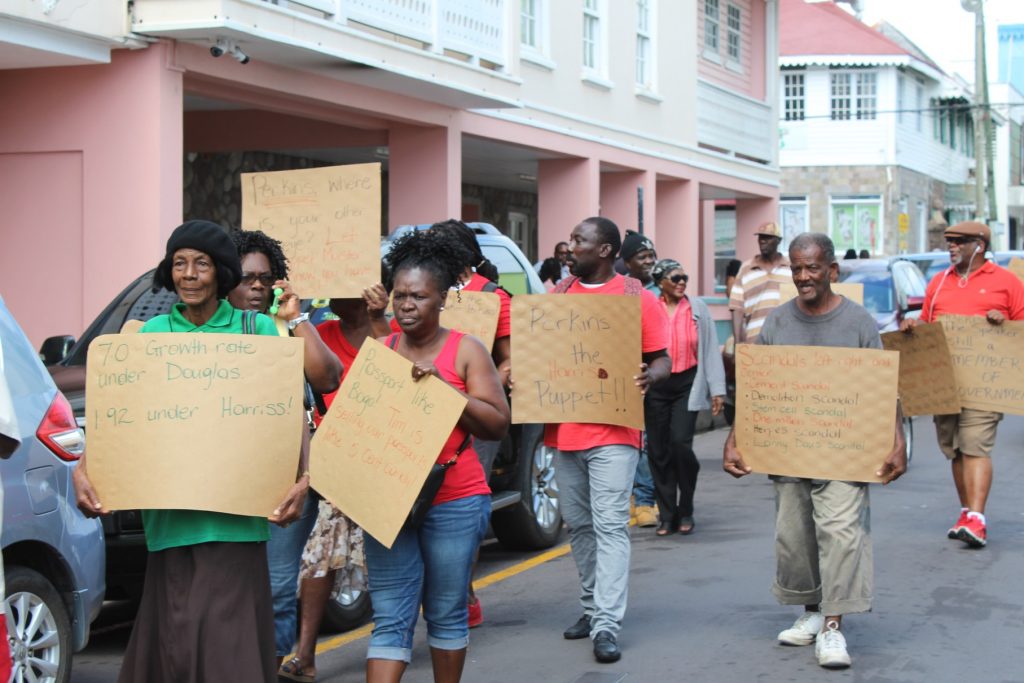 The demonstration not only protested the unlawful, invalid and unconstitutional decision of Speaker Perkins to unilaterally suspend MP Maynard from the lawmaking body for 10 days but also several incidents preventing the opposition parliamentarians from speaking.

“We have walked out of the Parliament. We held several press conferences after we walked out. We have written several letters to the Speaker. We have filed a Motion of No Confidence in the Speaker. We have asked for meetings with the Speaker and he has met with us and he has told us we are wasting our time, because ‘everything I do I am right. We have written to the Governor General. We have written to institutions at home and overseas to draw to their attention what is happening to us here in our parliament as parliamentarians. He has not heeded our actions,” said former Prime Minister Douglas on Tuesday. 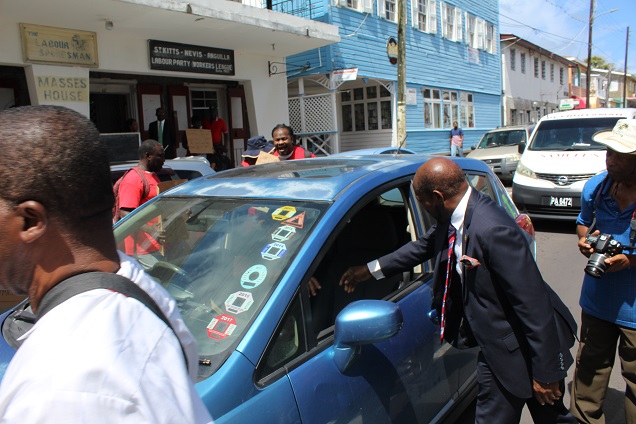