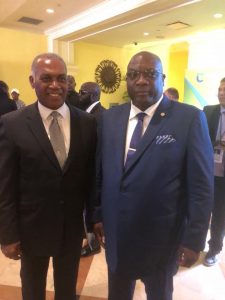 BASSETERRE, ST. KITTS, MAY 17TH, 2018 (PRESS SEC) – Delivering the keynote address at the 2018 Caribbean Investment Summit, Prime Minister Dr. the Honourable Timothy Harris said St. Kitts and Nevis – through its world-renowned Citizenship by Investment Programme established in 1984 – holds the distinction of carving out a pathway for the growth and development of small, resource-constrained countries.

Prime Minister Harris said this genius idea of offering high-net-worth individuals an opportunity to invest and become a citizen has resulted in other countries around the world, including advanced nations, adopting and adapting the much-imitated concept.

“We are happy to have been the pioneers and even happier to have others refer to our programme as the oldest and the best,” the Prime Minister of St. Kitts and Nevis said this morning at the St. Kitts Marriott Resort, where the Caribbean Investment Summit is being held this week.

“A lot has changed since 1984 when our Citizenship by Investment Programme (CIP) began as an ambitious start-up venture,” Prime Minister Harris said, noting that, “the little engine that could” ended up creating the niche market of economic citizenship.

St. Kitts and Nevis’ Prime Minister said that all of the Summit’s attendees are operating in an industry that now generates among participating jurisdictions in the world an estimated US $2 billion dollars in revenue each year and comprises a significant share of GDP in some CIP jurisdictions, including St. Kitts and Nevis, Antigua and Barbuda, and Dominica.

“As to be expected, competition has surged along with interest in Citizenship by Investment Programmes – so much so that, within the past several years, 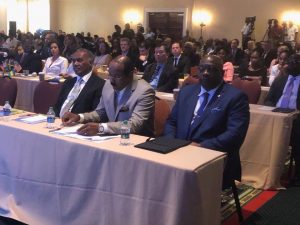 Antigua and Barbuda (2013), Grenada (2013; re-launched in 2016) and St. Lucia (2015) entered the CIP market, and Dominica reshaped its CIP in 2014 after having launched it two decades earlier in 1993.  Cyprus (2011; restructured in 2013) and Malta (2014) also introduced their own CIPs several years ago.  As I speak, other countries are considering getting into the lucrative CIP market,” Prime Minister Harris said.

Prime Minister Dr. the Honourable Timothy Harris went on to note that, “For our part, we have worked hard since February 22, 2015 to reorganize, restructure and rebrand our Citizenship by Investment Programme and make it an industry leader.  Today, it is the most talked about programme.  We have restored the trust in the programme that was damaged by a former callous regime.”

“We are happy to work cooperatively with our kith and kin in the region – Antigua and Barbuda, St. Lucia, Grenada and Dominica,” Prime Minister Harris said this morning.

Government officials from Malta and Cyprus are also in attendance, as well as developers, international marketing agents and service providers from around the world, including China, India, the Middle East, Russia, the United Kingdom and the United States of America.