PORT-AU-PRINCE, Haiti (HCNN) — Close supporters of a law student tragically killed in Haiti have pointed the finger at the alleged perpetrators and accomplices of the murder, who continue to go unpunished, despite detailed reports by human rights groups and a UN mission deployed in the Caribbean country. 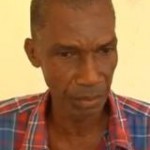 Ovil Duverseau, the father of late Frantzy Duverseau, said his son was executed on October 18, 2010, when several civilians, accompanied with four police officers raided his home, following a violent dispute that involved the victim’s sister, Fabienne Duverseau, and her husband, Enold Florestal.

Frantzy Duverseau, who went to help his sister, got in a fight with the aggressor who, short after, was wounded apparently in a subsequent stone throwing exchange, witnesses say.

Duverseau explained that Enold Florestal left the scene of the incident and sent several of his allies, among them Josué Florestal and André Michel, for revenge.

“Even though the police were on the scene, the one who personally went inside to grab and start massacring Frantzy, was Josué Florestal, Enold Florestal’s brother, who was accompanied with Andre Michel”, Ovil Duverseau told HCNN on Monday.

An investigating judge, Lamarre Bélizaire, issued, over a week ago, an arrest warrant against Josué Florestal, who is now in police custody, and against Enold Florestal and Andre Michel who have been on the run.

Duverseau said his son, Frantzy Duverseau, was shot at point-blank range in the left eye by one of the police officers who were trying to arrest him, while turning a blind eye to the violence perpetrated against Fabienne Duverseau who was still bleeding.

“Enold Florestal was beating up Fabienne who was bleeding. When she called me for help I went to tell Enold that he did not have a right to beat his wife, who is also my daughter,” Ovil Duverseau said.

“I pushed him, and he lifted a big stone that he threw at me. Then Frantzy intervened and challenged him,” he stated.

“Then some of the police officers and Andre Michel acted in complicity to assassinate Frantzy,” said Duverseau who acknowledged his son was trying to resist the arrest he considered as illegal.

He called on relevant judicial authorities to put an end to the impunity that has been prevailing in the case for nearly three years now.

One of the alleged accomplices, Andre Michel, also a lawyer and opposition member, said he was intervening as a lawyer for Enold Florestal.

“I went to the Duverseau’s house because I was the one who knew the address and also because I was a lawyer for Florestal,” Michel told reporters.

But in a telephone interview on Scoop FM last week, Michel said how outraged he was when he saw the wounds left on the head of his very close friend and political partner, Enold Florestal, before deciding to go the Duverseau’s home with the police and Florestal’s brother.

“It was outrageous to see how violently Florestal was attacked. At some point, they even reported that he was killed,” Michel said about his friend.

These statements and the circumstances surrounding Duverseau’s killing lead many to believe that it could be question of a premeditated murder fueled by a desire for revenge, which suggestions Michel and his allies have categorically denied.

A report by a human rights group, CARLI, revealed it was an assassination and called on judicial authorities to prosecute perpetrators and accomplices of such an awful crime, rejecting accounts that Duverseau’s killer acted in self-defence as claimed by those targeted by the judge’s investigation.

A separate report by the United Nations on the killing came to the same conclusion. The way the bullet went downward into the face of the victim showed he was shot point-blank, supposedly while being on the floor or on his knees, UN human rights officials say.

Michel, now in hiding, said he would not appear before Bélizaire, claiming he has a personal contention with the magistrate, but other law experts say he is obliged by law to comply, given that no successful challenging recourse against the judge has been obtained.

“Otherwise Michel will remain a fugitive and this could be an aggravating factor for him down the road,” an experienced lawyer, familiar with the case, told HCNN on condition of anonymity, citing professional reasons.

“There is a procedure to challenge a judge. You cannot just decide that you are not appearing,” the jurist said.