Time will be called on the super illustrious career of the greatest batsman of all times after Test Match 200 against West Indies in his native Mumbai by Nov. 18, 2013. 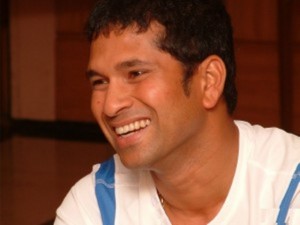 In the 24 years since his youthful debut on Nov. 15, 1989, cricket writers have waxed poetic, while struggling to find appropriate superlatives to describe the Little Master.
Two Indian writers have summed up his impact, best.

Bombay (now Mumbai) poet C P Surendian wrote in 1998: “Batsmen walk out into the middle alone. Not Tendulkar. Every time Tendulkar walks to the crease, a whole nation, tatters and all, marches with him to the battle arena. A pauper people pleading for relief, remission from the lifelong anxiety of being Indian, by joining in spirit their visored saviour.”

12 years later, having seen most of Tendulkar’s unparalleled career unfold, Indian writer Ayez Memon writing on Cricinfo and the Hindustan Times on Feb, 25, 2010, was more voluminous.
In an article entitled, “Like the Don, in a league of his own” Memon wrote:”A large body of work, is of course essential to eliminate those who flicker very brightly, but very briefly.

But the more compelling argument according to me, is to assess the impact a sportsperson has on the consciousness of an era, how he shaped the milieu of his times, what he has meant not just to his sport, but also his country and the world. That is where the twain – Bradman and Tendulkar meet, despite the vast statistical difference that will remain when Tendulkar retires.”

He summarized: “For like Bradman, Tendulkar has not merely been a cricketer but a system of sustained excellence, not just a role model but a metaphor for his country’s aspirations; not just a sporting genius but a sociological phenomenon. The pressure, the burden of expectations they have had to endure throughout their careers, finds no parallel in their sport, or their country’s ethos.”
Despite all this pressure, borne in the bubbling cauldron of sport, Tendulkar has seemingly never cracked emotionally. In the “in your face” arena of televised sport, every discipline has had its characters who typify the “bad boy” image.

Dennis Rodman, Bill Lambeer and Rick Mahorn of yesteryear, and in modern times, Metta World Peace (the former Ron Artest, Jr.) have been virtual “bad boys” in NBA basketball. In the boxing ring, the brutish Mike Tyson dined on Evander Holyfield’s ear. Romanian Ilie “Nasty” Nastase and American John McEnroe brought pyrotechnics to the sanctity of the tennis court, and in golf the hitherto squeaky clean Tiger Woods has found his career tainted by off course indiscretions in recent times.

Athletics has had a plethora of drug cheats. In football, Diego Maradona is remembered on the negative side for an unpenalised handball known as the “Hand of God” in the quarterfinal of the 1986 FIFA World Cup match versus England, and in latter years for his addiction to cocaine. Cricket, primarily the IPL, has become a cesspool of corruption, and in the longer format, Shane Warne, Brian Lara, Ricky Ponting and Inzamam -ul-Haq at times have all departed from the mores of the game.

In a long career, straddling four decades, Tendulkar has managed to rise above the morass, and is about to emerge from the crucible of sport, virtually unblemished.
Long time teammate VVS Laxman said just last week: “I never saw him get irritated. That is the hallmark of a true gentleman.” He also said he had never seen the most scrutinized cricketer, arrogant.

Others, who have played with or against him, or observed him up close, say he is polite to a fault. We have all seen him disappointed with umpiring decisions, yet make no obscene gestures. Like every batsman there have been times we thought he nicked it, and he didn’t walk. But still we uphold him as a paragon of virtue. His integrity has never been questioned. We have heard of no approaches by bookies, no convictions for match or spot fixing. No on- field or dressing room spats, or fights in bars in drunken stupor. In a stellar career, Tendulkar has been more British than the British in defining the English term: “Cricket is a gentleman’s game.”

Off the field, we have heard that the only controversy was accepting the Indian government’s offer to waive the entry tax on a Ferrari. He hadn’t bought it. It was given to him as a gift.
Tendulkar’s many records can vouch for his greatness: most appearances and most runs in both tests and ODI’s, most hundreds in tests (51), most hundreds in ODI’s (49), most international 100’s (100), most ODI runs in a calendar year (1894 in 1998), most ODI hundreds against one team (9 vs Australia), a string of “youngest to reach” scoring landmarks, first man to score a double hundred in ODI’s.

But his greatness goes beyond the numbers. Every parent from Mumbai to Charlestown, Johannesburg to London, Karachi to Bridgetown, would feel comfortable leaving their impressionable sons with him for an afternoon, in the knowledge that drug use, or other vices, so pervasive in sports, wouldn’t become favoured pastimes.
To the sport of cricket,

Tendulkar has been a colussus. He has been what Pele was to football, Muhamad Ali to boxing, Michael Jordan to basketball, and what Usain Bolt is to athletics – and more. To the world, he is a gentleman’s gentleman – a mortal of inherent goodness.
I wish him an even 200 at Mumbai.

Indian player Virat Kohli, has been dubbed as the heir apparent, but let’s hope that our boy Kieran Powell takes the Tendulkar baton in Mumbai, and brings it home.

CWI U19 championships gets Winlott boost