United States had cautioned St. Kitts and Nevis in April 2016 about who it gives passports to

BASSETERRE, ST. KITTS – Six weeks after the Government of the United States issued a warning to the Dr Timothy Harris-led Unity Government in St. Kitts and Nevis, to be cautious about whom they give passports under the Citizenship by Investment Programme, two American fraudsters were found to have been issued St. Kitts and Nevis Passports.

It was on April 14th 2016 that the United Embassy in Barbados cautioned Caribbean countries offering a Citizenship by Investment Program (CIP) to be extra cautious about who they give their passports to, and ensure that recipients have no terrorist or crime links.”

Then on May 27th 2016, the United States Securities and Exchange Commission (SEC) announced that it has filed fraud charges against an attorney and Nevada resident David Kaplan based on an allegedly fraudulent scheme that raised $15.8 million, out of which approximately $385,000 was sent to St. Kitts and Nevis, and of which at least $79,394 was wired to a St .Kitts law firm to obtain passports and /or St Kitts and Nevis citizenship for Kaplan and his wife.

According to one of the complaint, Kaplan used at least $2.3 million for his personal benefit, including approximately $385,000 sent to St Kitts and Nevis between June 2015 to March 2016, of which at least $79,394 was wired to a St. Kitts law firm to obtain passports and/or St. Kitts and Nevis citizenship for Kaplan and his wife.

The Government of St. Kitts and Nevis which promised transparency and freedom of information has not divulged information when Prime Minister and Minister of National Security, Dr the Hon Timothy Harris, who took office in February 2015, signed the Certificates of Citizenship for the Kaplans and how the investment was made to qualify for citizenship.

The Office of the Prime Minister is also tight-lipped on the date the two St. Kitts and Nevis passports were issued to the Kaplans and the local law firm which processed the documents for citizenship and the passports.

The SEC accuses Kaplan of repeatedly lying to prospective investors by stating that their funds would be invested in a low-risk, private offshore trading program that would be provide estimated monthly profits of 10 percent. The complaint alleges that Kaplan did not use investor funds as promised but instead: sent $1.1 million to his wife, Lisa Kaplan, a purported charitable foundation, and a corporation that Kaplan controlled; invested at least $360,000 in an allegedly fraudulent scheme at the centre of a federal criminal indictment in Ohio; and made approximately $1.8 million in Ponzi-like payments to other investors.

It gave the advice, in a statement issued by the US Embassy in Barbados, even as it made it that it was not advising regional countries on whether or not they should offer economic citizenship.

The US statement added: “The United States strongly believes that all countries have an inherent responsibility to their citizens and the international community to review fully all applicants who seek a nation’s citizenship.”

“While the United States Government is willing to consult with governments on their citizenship investment programs, the ultimate decisions to offer and how to operate such a program, including the issuance of citizenship and related identifying documents, such as passports to applicants, lie with each individual government and not with the United States.”

But, the statement added, the US Government encourages and expects governments to be confident, beyond a reasonable doubt, that applicants are bona fide and their identities have been fully validated, and they have no ties to transnational criminal or terrorist organizations, before handing over citizenship. 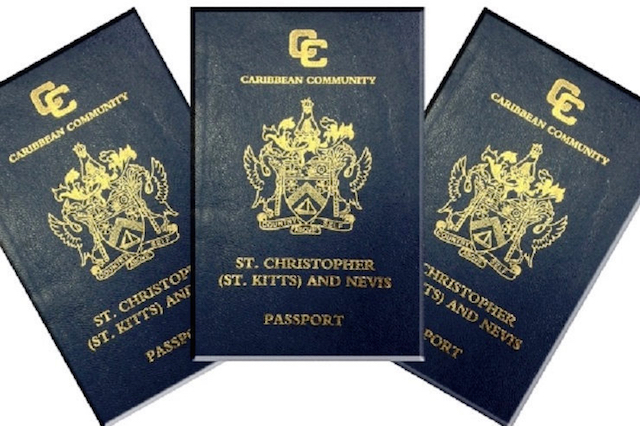