Gold in Charge at VOJN

It was a very stiff race, from start to finish, especially between the Gold and Green house teams and during the course of the afternoon, the two houses, interchanged the lead, as the scores of spectators were truly entertained.

This, as the VOJN Primary school, held its annual Sports meet, at the newly renovated School’ ground, on Tuesday 13th March.

The meet was held in loving memory of the late beloved teacher at the school, Miss Delceta DELI Ward, who passed away a few weeks ago.

Her niece, Miss Michelette Mills took the salute, along with headmistress Mrs. Shae Wilkin and also used the opportunity to give the athletes a pep talk.

After the impressive march past which was led by a three member drum band, complete with a trumpeter, the athletes took center stage.

At the break, the children and teachers of the school, paid a special tribute to Teacher DELI, by making a human formation to spell the word DELI, in the middle of the field.

Some of the children, under guided supervision, also released a number of pigeons, much to the approval of the sizeable crowd and ended the presentation with a dance. 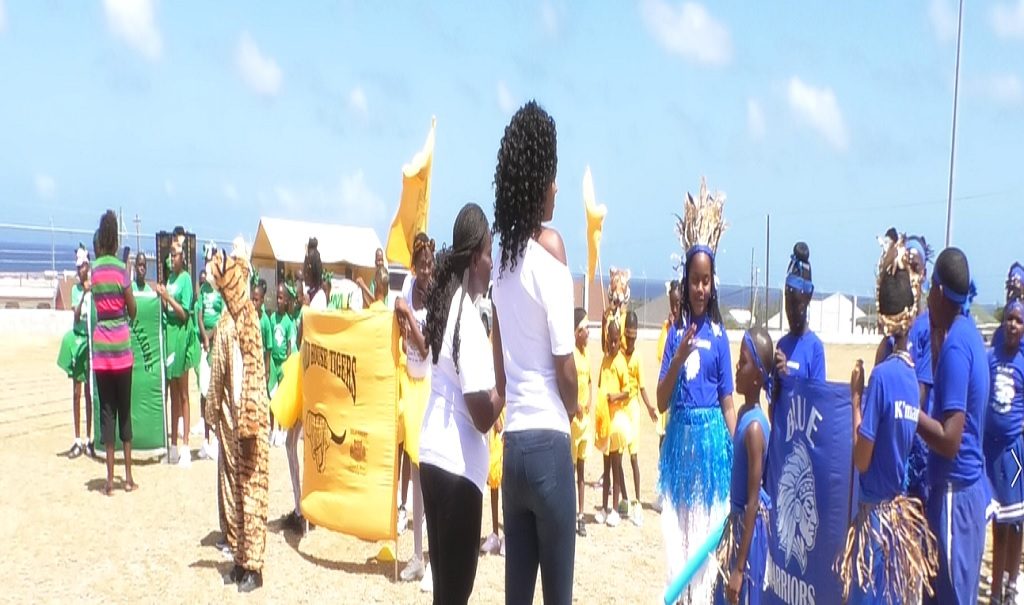 When the points were finally tabulated, the results were as follows: