The governing St. Kitts-Nevis Labour Party Administration during a sitting of the National Assembly on Wednesday passed legislation guaranteeing employees 90 percent of the Service Charge collected. 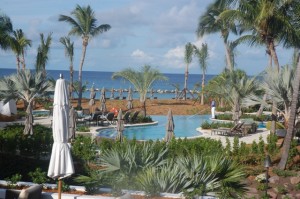 “The reality is that the issue of Service Charge Payments has always been a bone of contention between employees and employers in the Hospitality Sector,” said Minister of Labour, the Hon. Patrice Nisbett, who pointed out that numerous are the complaints that workers are cheated out of their Service Charge Payment by unscrupulous employers who retain a very high percentage of the Service Charge.

“In short, the payment of these monies to workers has been arbitrarily determined by the employers,” Mr. Nisbett told the National Assembly, which was boycotted by opposition parliamentarians.

Labour Minister Nisbett told the Nation, that the Government as a matter of Policy holds that, the workers, who deliver the service, ought to fully benefit from the service fee that is charged and has moved, accordingly to address this issue by embedding in law the quantum to be paid to the employee and the quantum to be retain by the employer.

He described the parliamentary session as an historic occasion, which shall be reflected in the annals of the legislative history of St. Kitts and Nevis and shall reverberate in a good way for generations to come and to the benefit of generations yet unborn.