By:Erasmus Williams
Basseterre, St. Kitts, March 19, 2018 – Police on Monday confirmed the seventh official murder in St. Kitts and Nevis for 2018, after a Sandy Point resident was shot dead on March 17.

“Police received a report that a shooting had occurred at about 9:10 p.m. on Saturday at Crab Hill. Investigations so far have revealed that 30-year-old Calvin Archibald, who resided in Sandy Point, but is originally from Cayon, was sitting in a shop when an unknown assailant shot him multiples times,” the police statement said.

“The scene was visited by the Crime Scene Unit and items of evidential value were taken into police custody. Investigations into the matter are ongoing. Persons with information regarding this incident are urged to contact the Violent Crime Unit at the Basseterre Police Station at 465-2241 or their nearest police station,” the statement concluded.

Archibald’s murder is the fifth for St. Kitts and the seventh for the Federation, although the public is yet to be told of the conclusion of a second autopsy on .23-year-old Shaquille Pemberton, whose body was found in bushes on January 27.

It was the most violent weekend in memory with two murders and two injuries from gun-related incidents all within a 24-hour period in four separate locations of St. Kitts.

On Saturday, March 17, 24-year-old Ricardo Jeffers was rushed to the J.N.F. Hospital where he was treated for gunshot injuries.

Friday night, March 16, Hannibal Bassue was shot and injured in Taylors and was taken to the JNF Hospital.

The week of terror began on Sunday March 11, with the attempted murder of Old Road residents, 23-year-old Dejohn Foster and 21-year-old Ajani Reef, who were attacked by a lone gunman while they sat on the steps of the Old Road Community Centre.
Murder #1 – January 17 – Cleon Browne (19) years old, brutally gunned down in Rawlins. Reports are that the victim was visiting his grandmother when he was attacked by armed gunmen and shot several times to his body including the head.

Murder #2 – January 21 – Shirley Dawn Morton (45) of Hanley’s Road, Gingerland Nevis was found dead at her boyfriend’ home. Police said she was beaten to death by Wayne “Spyder” Chapman (52) her boyfriend. On Tuesday 23 police issued a bulletin asking the public’s help in locating Chapman who went into hiding following the incident. On January 28, police announced that he was arrested and charged for her murder.

Murders #3 & #4 – March 1 – Two sisters Naomi Finch (19) and Jammyliah Finch (20) were hacked to death by Orvis Pogson (34). He was Naomi’s boyfriend. The sisters were killed on the beach less than a mile from their home at Keys Village. Police charged Pogson for the double murder on March 3.

Murder #5 – March 2 – Mikelton Tyson (26) of Phillips’ Village was shot multiple times at Phillips Housing Project. He died on the scene. At the time of his death he worked as a security guard at the Joshua Obediah Primary School Molinuex. 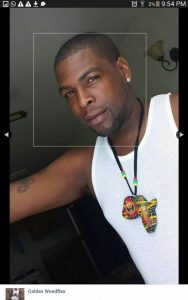 Minister Duggins Underscores the Link Between Cultural Policies and Sustainable…