The Violent Crimes Unit (VCU) of the Royal St. Christopher and Nevis Police Force, a team trained by the FBI, has had some recent successes in using forensics and improved investigative techniques in solving crimes here in the Federation. The people of Nevis endured a very bloody 2013 and citizens got tired of the carnage and began assisting the police by calling in tips to the Crimestoppers line which lead to the downward trend in major crime in Nevis.

This new support from the community has lead to arrests and convictions in Nevis. To this end, the men and women of the Violent Crimes Unit (VCU) of the Royal St. Christopher and Nevis Police Force, are dedicated in their fight against crime and injustice, and will continue to fight for the aggrieved. The goal of the VCU is to conduct sound investigations and bring to justice those who break the law and have no regard for human life. It is with this vigour and determination that the VCU has conducted and completed their investigation and now present to the public the following information:

On June 16, 2014, a year after Officers of the Violent Crime Unit in Nevis have arrested and charged David Leon Jeffers of New Castle, Nevis, on Warrants in the First Instance for the following offences: 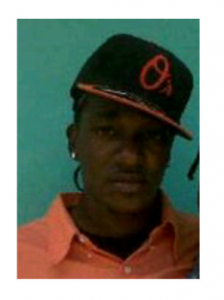 1) Conspiracy to murder Kishmoy Challengers of Pond Hill, who was shot and killed on May 14, 2013 at Cliff Dwellers, Nevis;

2) Conspiracy to murder Adrian Springette of Bath Village, who was shot and killed on June 22, 2013 at the Elquemedo Willet Park, Nevis

The Royal St. Christopher and Nevis Police Force extends condolences to the families of the men who lost their lives due to senseless violence. Please be assured that this investigation is not over yet as the investigation continues into other persons who might be involved in these and other Nevis senseless murders.

Commissioner Walwyn is quoted as saying,”As Commissioner of Police, I wish to thank the general public in Nevis for their continued assistance. Please call Crime Stoppers at 1 800 8477 if you have any further information on these homicides.”